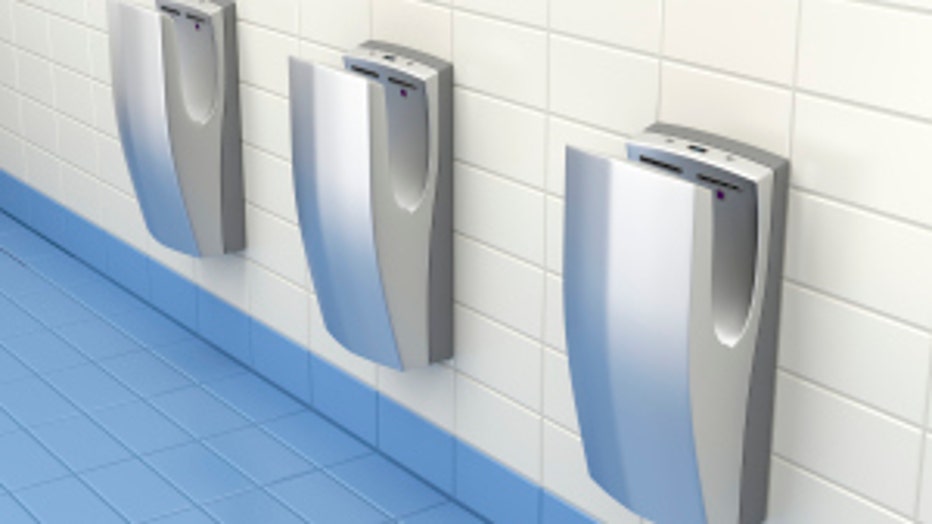 A new study out of London found jet hand dryers produces 60 times more viral contamination than regular dryers and 1,300 times more than paper towels, according research in the Journal of Applied Microbiology.

In the study at the University of Westminster, participants dunked their hands in virus-laden water and tested all three drying methods.

The Dyson jet dryers can blast viruses, at 430 mph, as far as nine feet across a room while standard dryers only about two-and-a-half feet.

Experts say the cleanest way to dry your hands is with a paper towel. They only spread viruses about 10 inches.

Viruses that cause flu and colds can contaminate your hand and remain there for minutes, hours or even days.

A study back in 2014 came to a similar conclusion.

"Next time you dry your hands in a public toilet using an electric hand dryer, you may be spreading bacteria without knowing it. You may also be splattered with bugs from other people's hands," University of Leeds professor Mark Wilcox told The Telegraph.

The Telegraph reports the paper industry and dryer companies like Dyson have been in a back-and-forth over which method is the most sanitary.

Dyson even released a video titled "Paper's Dirty Secret" in February: "Once in the washroom, bacteria in the air and contamination from previous users can be picked up by paper towels ... Up to 88% of unused paper towels contain bacteria."

So which method will you choose?