BELLINGHAM, Wash. – Western Washington University in Bellingham has been under federal investigation for its handling of those cases since 2015.

Now students at WWU are demanding school officials release the names of those found responsible of violating school code in campus court.  That is not the same as being convicted in a court of law, but only on campus. 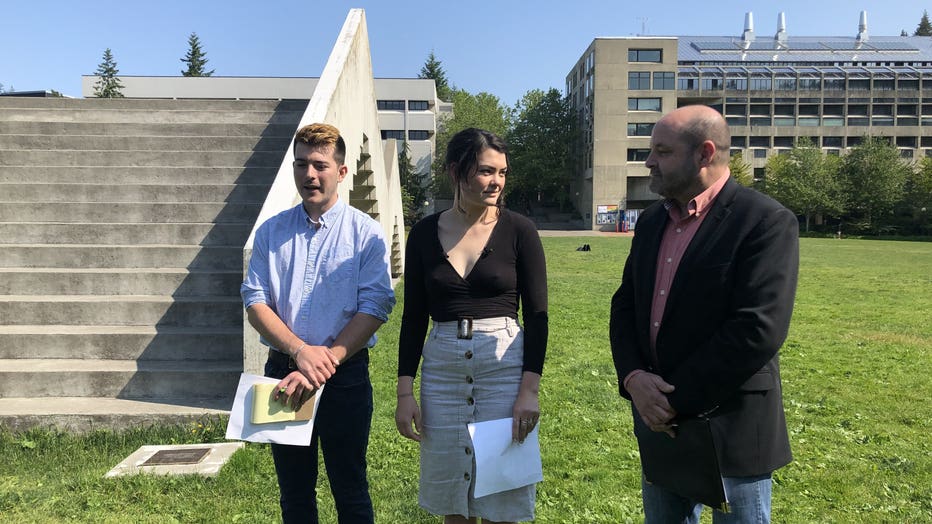 Thursday morning, Western Washington University students are enjoying a picturesque sunny day on campus, but some want an ugly truth to come to light.

“Students have a right to know, and students want to know if they’re safe on campus,” said Western Washington University student Erasmus Baxter.

Baxter and Julia Furukawa, an alumna, and the Student Press Law Center filed a lawsuit against Western Washington University claiming they’re violating the public records law by hiding the names of students found responsible for sexual assault on campus.

“I wouldn’t feel safe here. I wouldn’t want to go to class. Knowing what I felt,” said Furukawa.

Students tell Q13 News there’s fear on campus of not knowing who could’ve been convicted or found responsible for a sexual assault in their classroom or walking around on campus.

“I want people to be held accountable. I want that type of transparency and I want to feel safe in the community I’m a part of,” said Furukawa.

For Julia, this case is personal.

“I’ve had to be in the same space as a person who’s assaulted me before and it’s a fear you can’t really describe,” said Furukawa.

These student journalists say they found classmates who were criminally convicted or found responsible of sexual assault by the university and were allowed to return to campus a year or two later. Their names were redacted from records. Those decisions were made behind closed doors.  And it’s all by design, says Senior Legal Counsel for the Student Press Law Center Mike Hiestand.

“This is a way around having to have these things handled in public. And sometimes I think that’s intentional. That the university gets to control the information,” said Hiestand.

“It is the university’s position that redactions were in compliance with the Washington State Public Records Act.  The university will respond to the complaint in Whatcom County Superior Court as part of the legal process."

But students argue the university is more worried about possible litigation from perpetrators than transparency for survivors and students.

There is a federal law that protects student information from being released called the Family Educational Rights and Privacy Act, or FERPA.  Attorneys with the Student Press Law Center say there are exemptions for violent or sexual offenses.

We reached out to Western Washington University and administrators declined on-camera interviews or further comment.