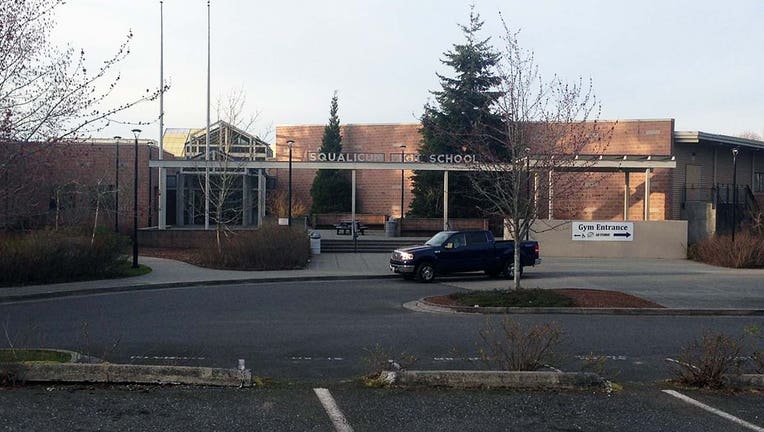 BELLINGHAM, Wash. - A 16-year-old girl is suing Bellingham Public Schools, accusing them of not taking action to protect her from an alleged sexual abuser.

The girl was a student at Squalicum High School in Bellingham for the 2021-2022 school year, and according to federal court documents, she was sexually abused for months by another student. Her abuser allegedly put his hands under her shirt or down her pants, rubbed himself on her, asked him to date her and tried to coerce her into performing oral sex on him.

The assaults reportedly began around Oct. 2021, and on Jan. 14, 2022, the girl reported the assaults to the school's Dean of Students.

According to court documents, the dean's response was, "What do you want me to do about it?"

On Jan. 17, she then went to another Dean of Students to report her assaults, then to the Vice Principal. Court documents report that none of the administrators reported this to police; they are required to by law.

Instead, the victim was required to engage in a "restorative circle"—court docs say the Vice Principal put her and her alleged abuser in a room alone with each other, and was told "shake hands and you'll be fine."

On Feb. 2, 2022, the victim reported her assaults to the Bellingham Police Department, who arrested the other student and charged him with felony indecent liberties.

According to court docs, the student withdrew from Squalicum High School and transferred to another school.

An attorney for the girl filed a federal lawsuit against Bellingham Public Schools, claiming the district violated her civil rights, including federal Title IX protections, by neglecting to protect her from the alleged sexual abuse, and failing to report anything to law enforcement.

"The [administrators] engaged in a pattern of extreme and outrageous conduct," read the court documents. "Forcing the plaintiff to participate in a ritual with the perpetrator of sexual violence against her that the school called a ‘restorative circle’ was outside the bounds of decency and intolerable."

The case against the student suspected of sexual abuse is currently pending in the Whatcom County Superior Court.