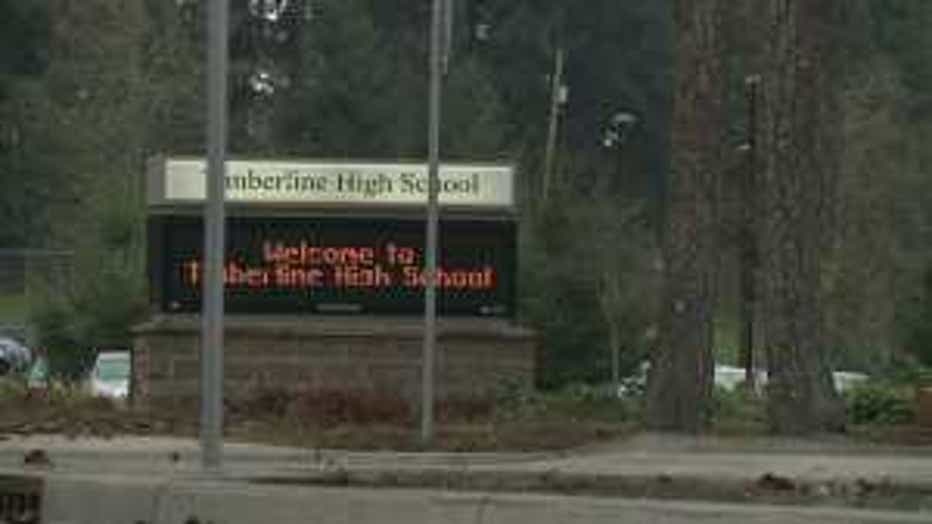 LACEY -- A Thurston County 15-year-old has been arrested for yelling at school faculty.

Prosecutors say it all started on a bus ride home on Nov. 1 and that he was yelling expletives at the school bus driver. After the driver had had enough, he turned around and drove the student back to Timberline High School, where the principal was waiting with a Lacey police officer.

The teen didn’t stop cursing, they said. So he was arrested. He’s now suspended and facing a misdemeanor charge of “abusing or insulting” a teacher.

This is one of the few times Thurston County prosecutors said they have gotten involved in student discipline. But this scenario certainly isn’t new.

“There a lot of kids that cuss at the teachers,” said sophomore Jacob Caufield, who was once suspended for lashing out in the classroom — a situation he says was fueled by anger and frustration about school.

Michael Villanueva, a senior, said he had gotten into a verbal fight with one of his teachers, too. “I kind of wasn’t really doing work that much, and he started saying stuff and making me mad, and I just went off on him, started flipping out, started cussing him out,” Villanueva said.

Out of a group of seven Timberline teens found gathered outside school Friday, all of them admitted to yelling at or cursing at a teacher at some point.

The American Psychological Association says more than a quarter of teachers nationwide reported being bullied and verbally threatened by a student in a 2010 survey.

Noel Martin, a senior, said, “Sometimes kids our age get frustrated and feel like the only way I can get your attention, for you to even acknowledge how I’m feeling, is to cuss at them.”

And while Timberline school officials don’t consider this behavior the “norm” among their students, the recent arrest is calling some policies into question.

Courtney Schrieve, communications director for Thurston County schools, said, “Most of our bullying policies today, harassment and bullying, focus on student to student and, whether formally or not, they really should extend to staff and students. I think that’s a good thing for people to think about.”

Despite this recent incident, Timberline High School officials say there have actually been fewer teacher attacks over the past few years. They credit a system of rewarding positive behavior instead of just punishing negative.

But they add that the entire community needs to be involved in fixing the problem.