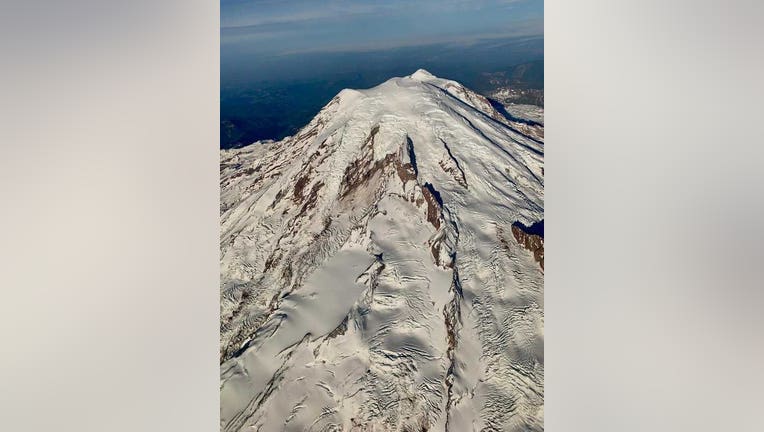 SEATTLE -- A Seattle-bound Alaska Airlines flight was one of hundreds that was stuck in the air Tuesday due to dense fog on the ground, but the pilot didn't let that extra air time go to waste.

A passenger on the flight, Tom Davis, tells Q13 News that the pilot got special clearance to detour and take his passengers for an incredible flight over Mt. Rainier.

Davis said passengers on the right side of the plane got the best views of the snow-covered mountain, though the pilot did fly the plane in a figure 8 pattern so both sides could get a peek.

Passengers on the left side of the plane passed their phones, "conveyor belt-style," to the row on the right, where Davis was in an aisle seat.

Jennifer, a woman with a window seat next to Davis, was able to take pictures on six different phones belonging to various passengers on the plane, while other passengers used the flight safety card inserts to block out some of the light coming through the windows.

Davis said the plane, which was coming from Las Vegas, circled for about 60-75 minutes before detouring. It landed at Sea-Tac a little more than an hour and a half later than its scheduled arrival.

An image from Flight Aware shows the path the plane took while waiting to land at Sea-Tac: 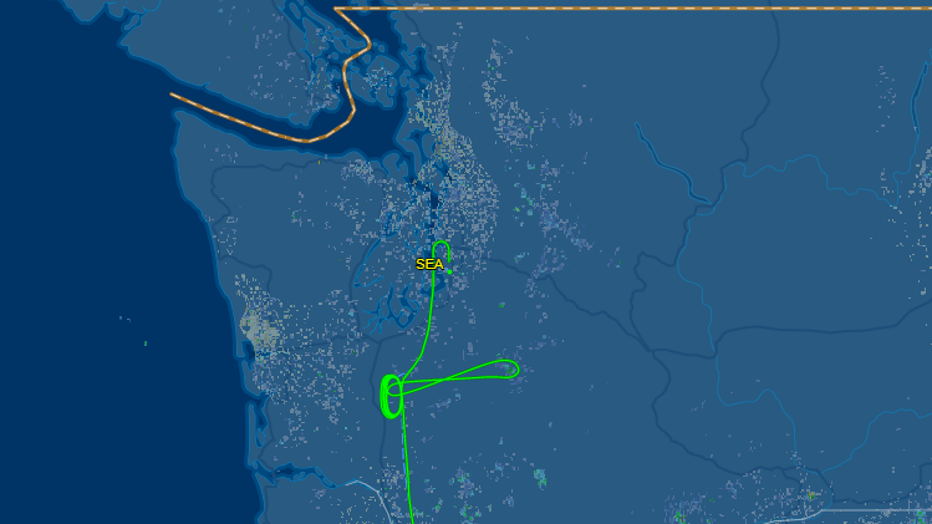