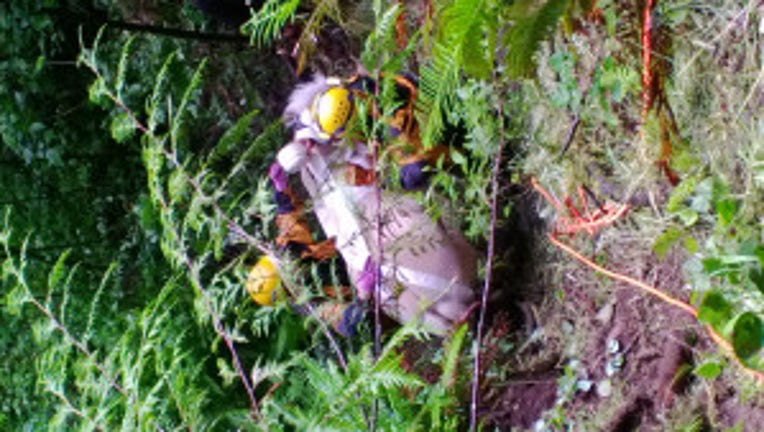 SEATTLE -- The rescue of an 800-pound horse stuck in a deep Redmond ravine is being credited to a horse communicator who says she helped locate the animal through telepathy, the Seattle Times reported.

Gemma, had apparently escaped from her stall and slipped 70 feet into a nearby ravine before landing on a ledge. Ranquet was able to communicate with the horse via telepathy and realized she was in a tight space near shrubbery and could hear traffic and water.

Lindstedt realized exactly where to find Gemma and dozens of rescuers finally hoisted the animal to safety several hours later.