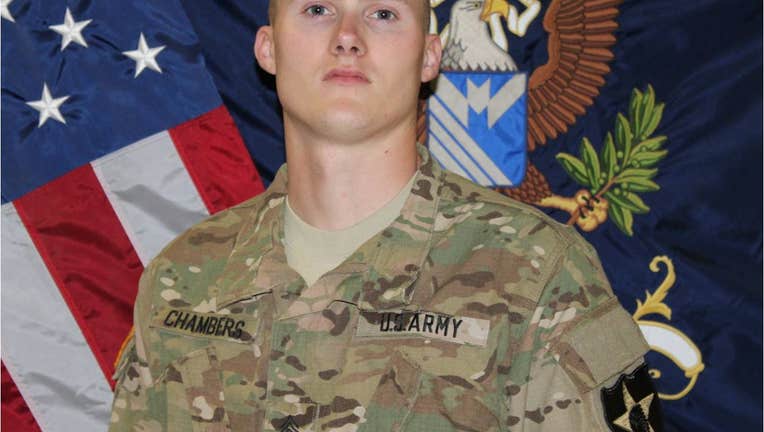 JOINT BASE LEWIS-MCCHORD – Army Sgt. David J. Chambers, 25, of Hampton, Va., a member of the 4th Stryker Brigade based at JBLM, was killed Wednesday in the Kandahar province of Afghanistan, the Defense Department announced Thursday.

"The Army said they were on an unmounted patrol and they hit an IED (Improvised Explosive Device)  and Dave was killed," Chambers' mother in Hampton, Va., said. "They took him to Kandahar, but they couldn't save him, he died, and he's on his way home for good."