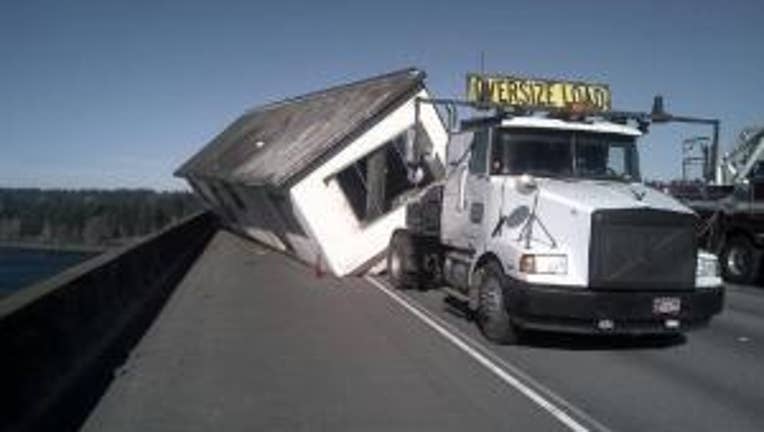 The manufactured home lies on the side of Interstate 205 near Vancouver, Wash. (Photo: KPTV/Portland)

VANCOUVER, Wash.  (KPTV) -- Strong winds caused a manufactured home being carried by a truck to tip onto southbound lanes of the Interstate 205 bridge on Thursday.

With the home blocking lanes of the freeway, a massive midday backup formed deep into Vancouver.

At one point, crews completely closed the freeway, and then conducted a rolling slowdown to get the semi and manufactured home off the bridge. All lanes reopened around 1:10 p.m.

No injuries were reported in the incident.

During the closure, state police asked truck drivers to avoid using the southbound lanes of the I-205 bridge due to high winds. They lifted that request around 1:20 p.m.

Drivers who need to go from Vancouver to Portland should consider using Interstate 5 instead.