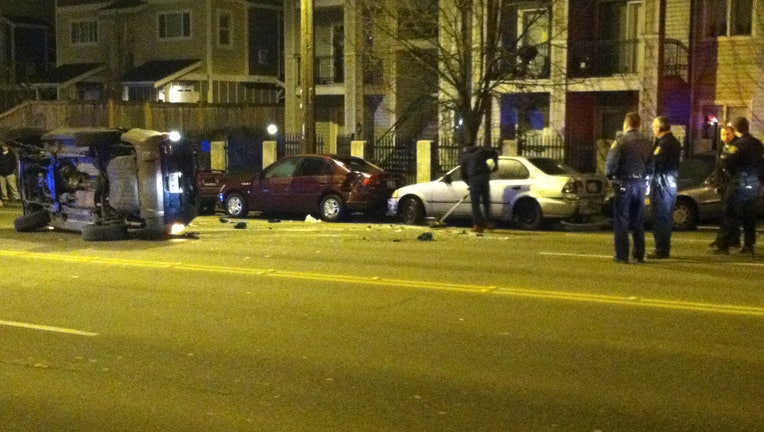 SEATTLE -- It's estimated that five parked cars on 5900 South Rainier Avenue were hit by a passing car, which eventually rolled over, about 1 a.m. Friday.

A witness said he ran out of his home when he heard the sound of crunching metal. He said two people were pulled out of the vehicle and taken to a hospital.

The cause of the crash and the conditions of the two injured people are unknown.