MOUNT VERNON, Wash. - New regulations for whale watching in Washington waters will take effect in 2021 in an effort to protect endangered orcas, according to the state Fish and Wildlife Commission.

According to the rules approved by the commission last week, from July through September, commercial whale watching companies can view orcas during two, two-hour periods daily, The Skagit Valley Herald reported. The rules restrict the number of commercial vessels to three within a half-mile of the whales and include penalties for violations.

The commission’s decision follows a public comment session Dec. 4 and a special meeting to discuss details Dec. 15. It goes against recommendations from the Orca Conservancy, a nonprofit working to protect and restore the southern resident orca population.

Dr. David Bain, the conservancy's chief scientist, said the restricted whale-watching hours and partial moratorium will further harm the orcas because there will be fewer whale watchers to warn other vessels of their presence.

The state Legislature directed the commission, which oversees the state Department of Fish & Wildlife, to develop new rules after Gov. Jay Inslee convened a Southern Resident orca task force to study issues harming the species. The orcas were federally listed as endangered in 2005. 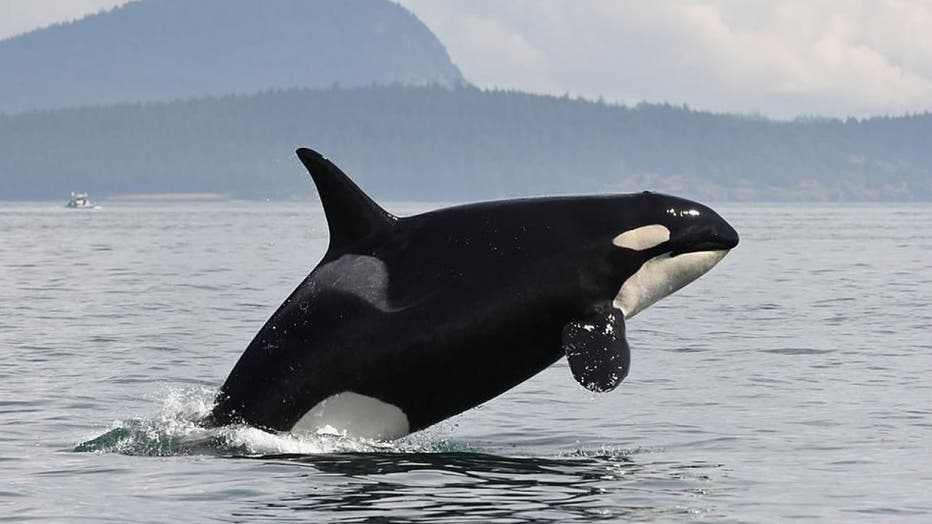 "Our intention with this rule-making is not to place the sole burden of reducing underwater noise on whale watch operators, it’s to try to hit this cumulative target — combined with the prey availability work, combined with the contaminants work — to try to give the (whales) a chance," Fish & Wildlife’s orca policy lead Julie Watson said.

Commissioner Brad Smith Smith said the rules are similar to hunting and fishing regulations meant to preserve wildlife populations for the long term.

"Extinction is hovering," Smith said of the 74 Southern Resident orcas remaining in the wild. "Business as usual will not be any business, in my estimation, in the future."

The Southern Resident orcas are fish-eating whales that live along the West Coast of North America, including in the Salish Sea. The population includes three family groups called J, K and L pods.

They are the only whale population that frequents the Salish Sea that is declining. Populations of mammal-eating transient orcas, gray whales and humpback whales are increasing.

Marine scientists suggest the Southern Resident orcas face problems centered on their diet. There are fewer fish available for them to eat, more noise in the water affecting their ability to find the fish, and more pollution in the water that impacts their health when they are not well fed.

"We really want to limit the number of days and hours ... that vessels are interrupting foraging time," Watson said.

The 38 speakers who commented earlier this month shared conflicting perspectives. Some urged a full ban on whale watching, while others said whale watching boats help protect the species from other vessels.

The state commission released an environmental impact statement in September and released draft rules in October.