It's been nearly a year since Chris Wedes, better known as J.P. Patches passed away.

Since then, his fans, the Patches Pals, have led a vocal campaign to honor the northwest icon with a street of his own.

Today they finally got their wish.

During three decades the TV was his home.  The city dump his playground.

Now you can find J.P. on your GPS.

“Some of the streets in this town can get a little tough.  But this one, the worst that will ever happen is a pie fight breaks out,” said longtime Patches Pal and local comedian Pat Cashman.

Wedes’ granddaughter unveiled “J.P. Patches Place”, the same street where a statue of J.P. and Gertrude stands in their honor.  It was an overwhelming moment for his wife, Joan.

Bob Newman was the clown's foil, as Gertrude and so many other characters, making kids laugh for years.

“Everybody loved J.P. Patches and in all the time I spent with him, I knew him for 52, 53 years, I have never ever heard anyone say a negative or bad about the clown,” Newman said.

“We have had lots of stars and we've had lots of famous people but I'm not sure anyone is as treasured or enduring as Chris Wedes, J.P. Patches,” said Seattle Mayor Mike McGinn.

All those kids who watched J.P. growing up are well into adulthood now.  They say honoring a northwest icon in this way is long overdue. 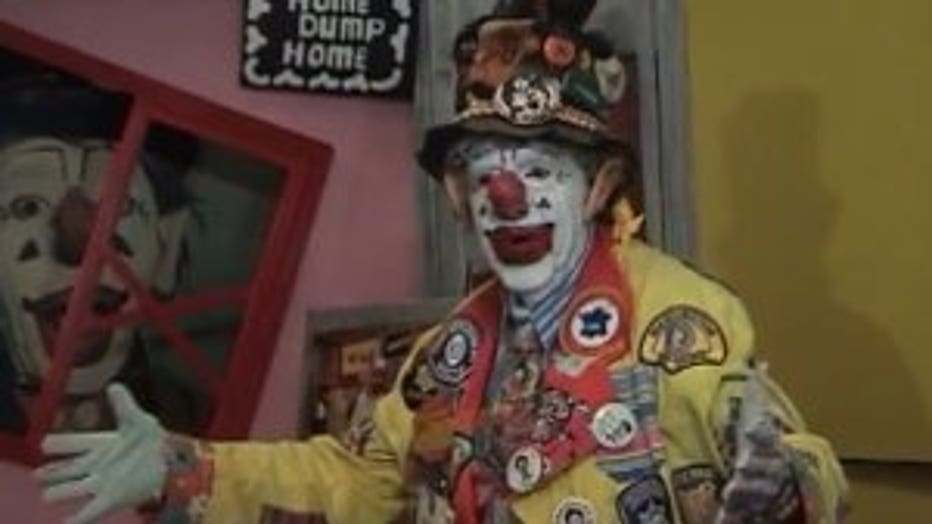