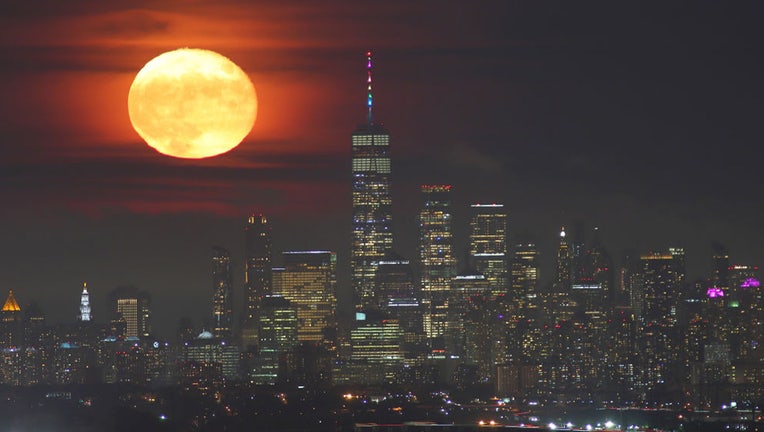 FILE - The Strawberry Moon rises above the skyline of lower Manhattan and One World Trade Center in New York City on June 25, 2021, as seen from Verona, New Jersey. (Gary Hershorn/Getty Images)

Skywatchers can look out for an extra sweet treat in the night sky on June 13-14: a strawberry supermoon.

A supermoon is basically a full or new moon when it’s within 90% of its closest point to Earth, according to EarthSky.org. So, you can have your telescopes handy but you won’t really need one to see the spectacular strawberry moon. EarthSky estimates the strawberry moon will be about 222,089 miles away from Earth.

June’s supermoon is called a strawberry moon because traditionally, this time of year is when many species of berries are ready for harvest and are at their ripest, particularly sweet strawberries, according to EarthSky.org.

In North or South America, EarthSky notes, the fullest moon hangs in the West before sunrise on Wednesday. 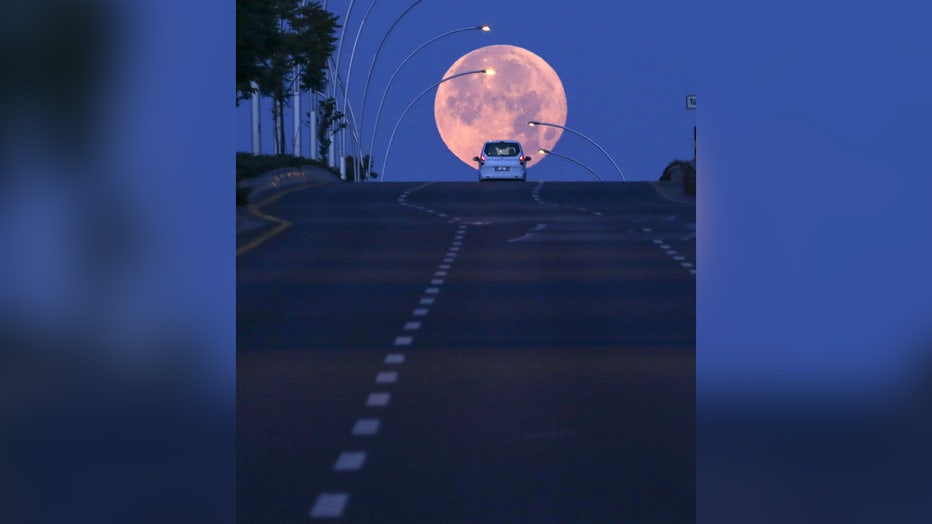 FILE - The Full Moon, known as the Strawberry Moon, is seen as vehicles are on their way on a highway at early morning in Ankara, Turkey on June 25, 2021.  (Ismail Duru/Anadolu Agency via Getty Images)

The name "strawberry moon," does not necessarily mean the moon is red, although it does appear pinkish when rising or setting.

An old European name for the full moon is the mead moon or honey moon.

Mead is created by fermenting honey and mixing it with water and other fruits, spices, grains or hops.

"In some countries, mead is also called honey wine (though in others honey wine is different). Some writings suggest that the time around the end of June was when honey was ready for harvesting, which made this the ‘sweetest’ moon," NASA explained.

The term "honeymoon" may be tied to this full moon.

Another European name for this full moon is the rose moon, which originates either from the color of the moon or the roses that bloom during the season.

Other names include the flower moon, hot moon, hoe moon and planting moon.

Other full supermoons of 2022

There will be another two full supermoons this year, according to EarthSky.org.

Another supermoon will happen on August 12, also known as the green corn moon or grain moon.

FOX News contributed to this report. This story was reported out of Los Angeles.