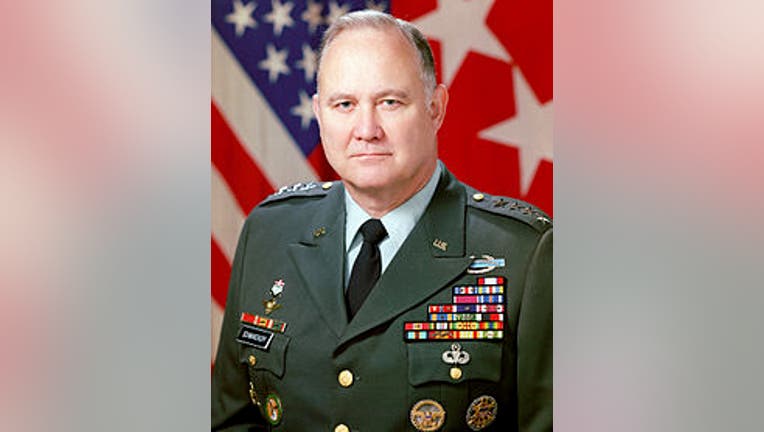 After Iraq invaded Kuwait in 1990, Schwarzkopf directed the buildup of 700,000 coalition troops. On Jan. 17, 1991, his troops began a nearly six-week air assault of Iraqi forces that was followed by a swift ground campaign that pushed Saddam Hussein's forces out of Kuwait.

Former President George H.W. Bush, who is hospitalized in Houston and who was the president who ordered the first Gulf War, said the general was a "true American patriot and one of the great military leaders of his generation."

Schwarzkopf went to the U.S. Military Academy and graduated in 1956, according to Britannica Online.

He was commissioned a second lieutenant and served two tours of duty in Vietnam.

In 1988, Schwarzkopf was appointed commander of U.S. Central Command.

Schwarzkopf made a reputation as a plain-spoken commander when he gave media briefings during Operation Desert Storm. He came to be known as "Stormin' Norman."

He retired in August 1991, hit the lecture circuit and was a military analyst for NBC.

"Barbara and I mourn the loss of a true American patriot and one of the great military leaders of his generation. A distinguished member of that Long Gray Line hailing from West Point, General Norm Schwarzkopf, to me, epitomized the 'duty, service, country' creed that has defended our freedom and seen this great Nation through our most trying international crises. More than that, he was a good and decent man -- and a dear friend.  Barbara and I send our condolences to his wife Brenda and his wonderful family."