Monday's unrelenting rains and gusty winds are to blame for urban flooding, landslides and all-around treacherous conditions. Here are some photographs from the storm: 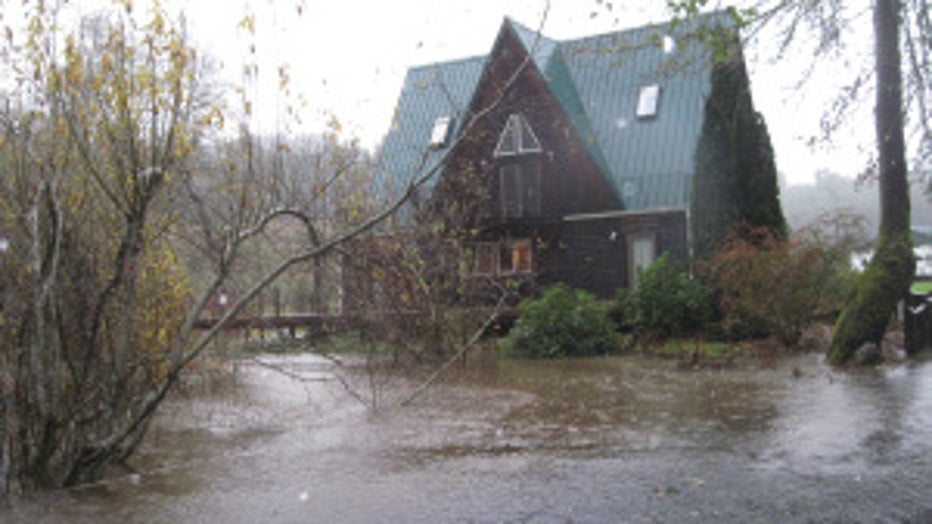 Swift Creek in the Cedar Flats area of Olympia from a viewer. The creek normally runs about three feet wide. 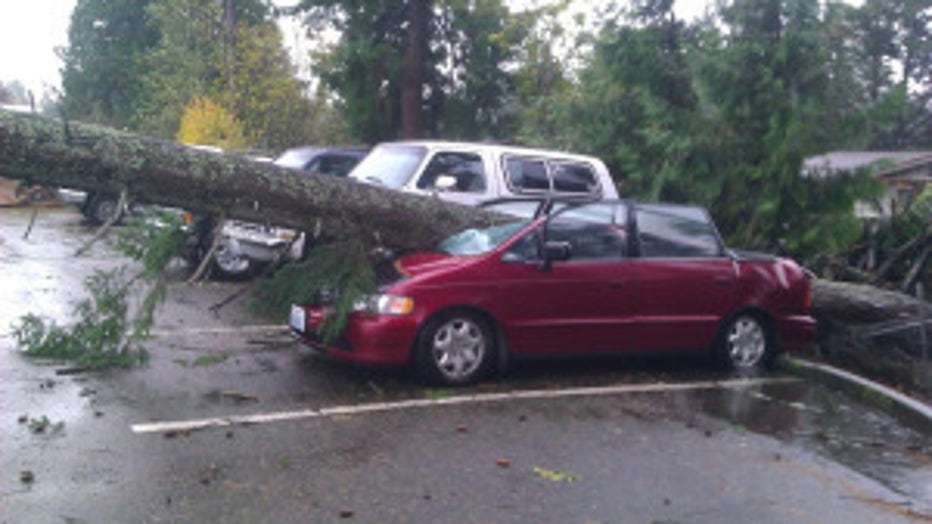 Viewer submitted photo of a tree that came down on a car in Olympia. 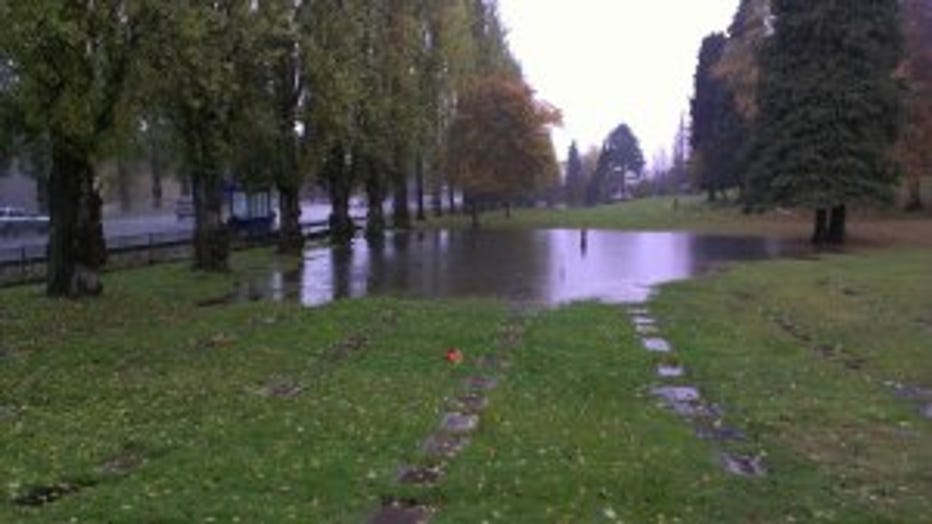 Flooding at a cemetery in Greenwood. 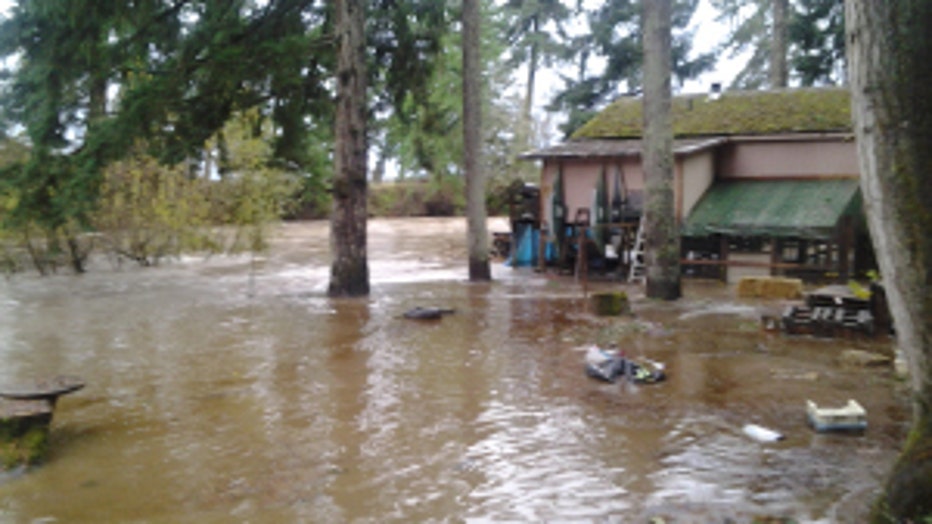 A picture of a river flooded over its banks sent in from a viewer in Yelm. 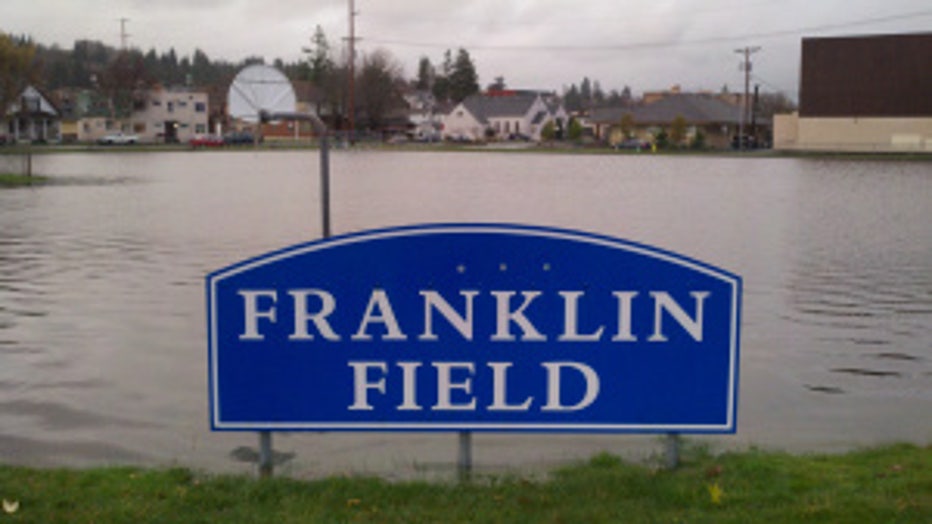 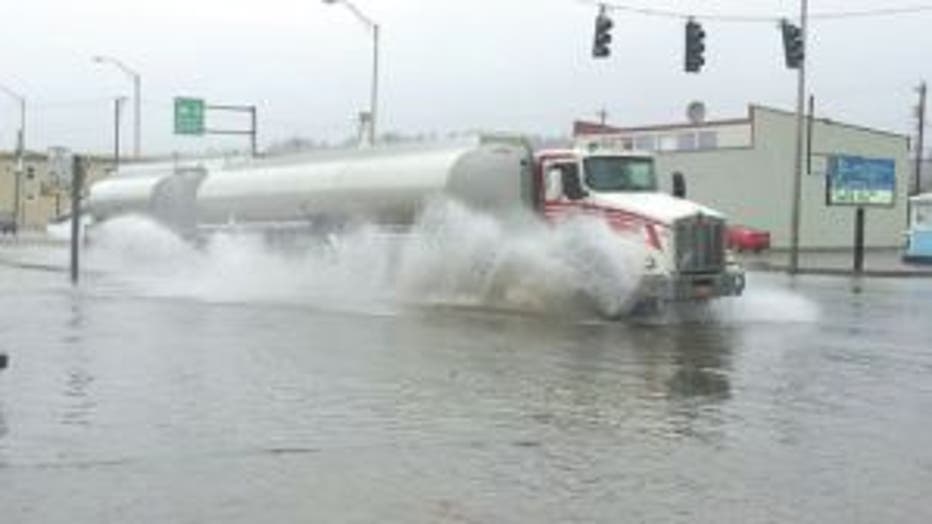 A semi truck makes its way down a flooded street. Photo courtesy of Brionna Friedrich, The Daily World 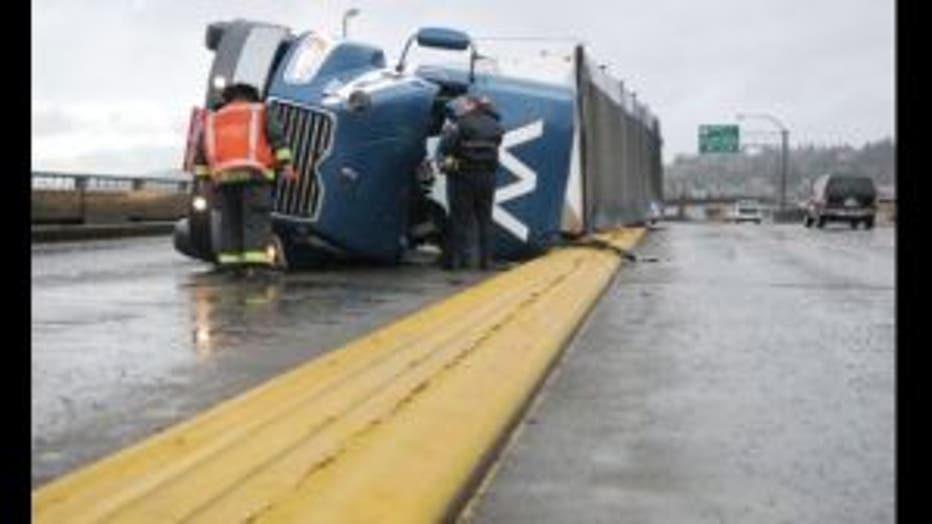 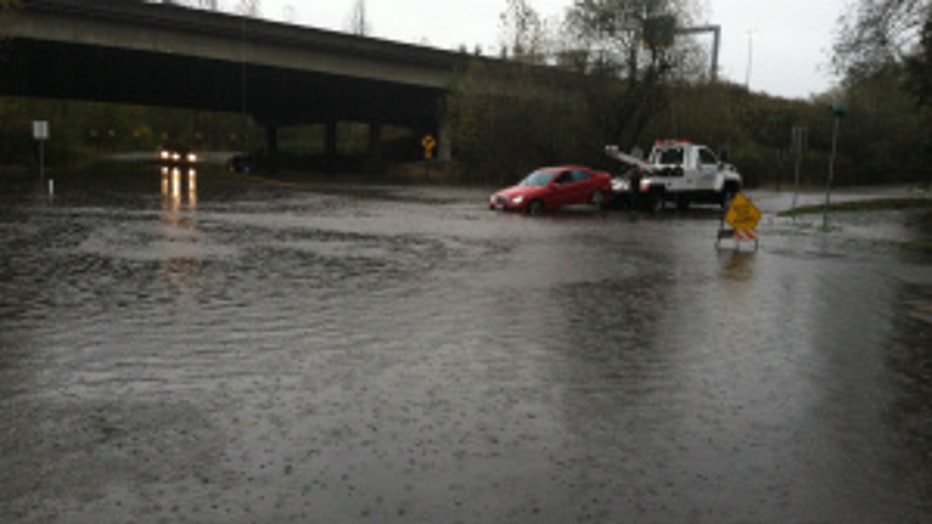 A car attempting to navigate an underwater roadway ended up being towed. 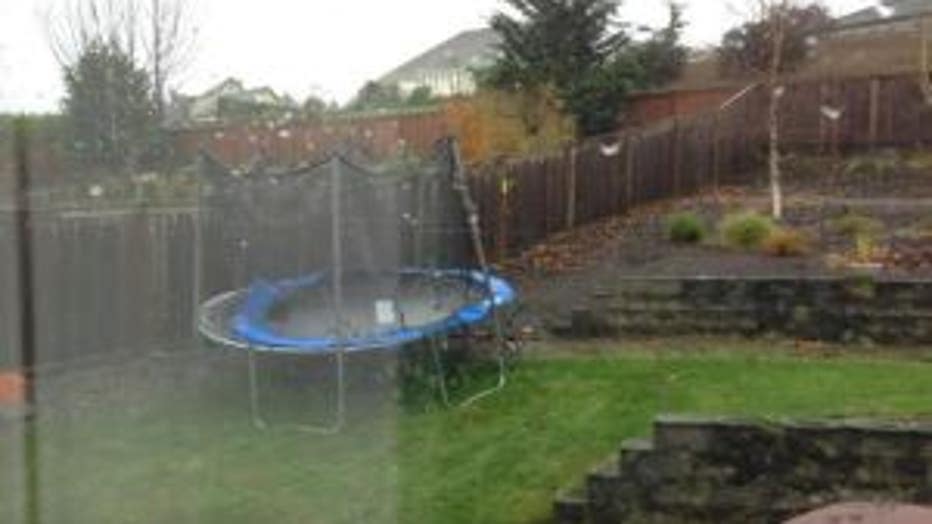 Boing, boing: A trampoline flew over the fence and landed in a neighbor's yard. 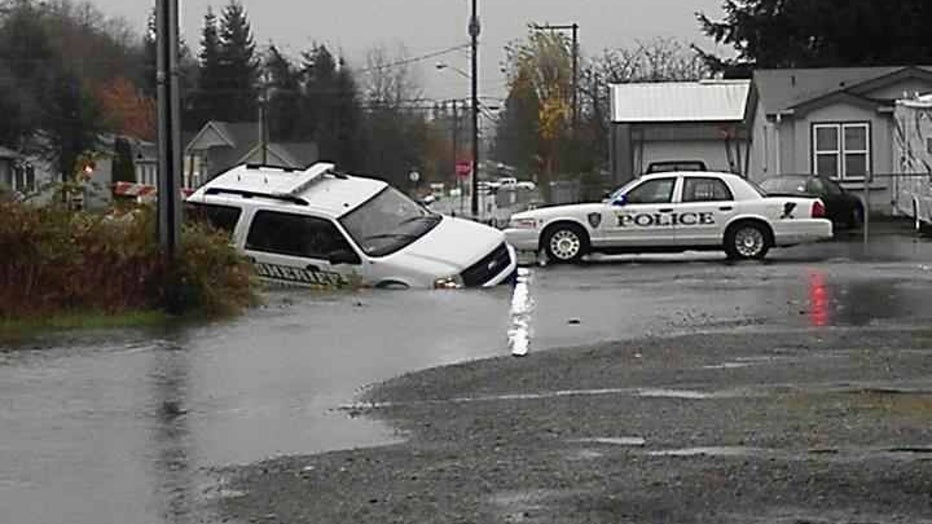 A Grays Harbor Sheriff's car was swept up in a flooded roadway. 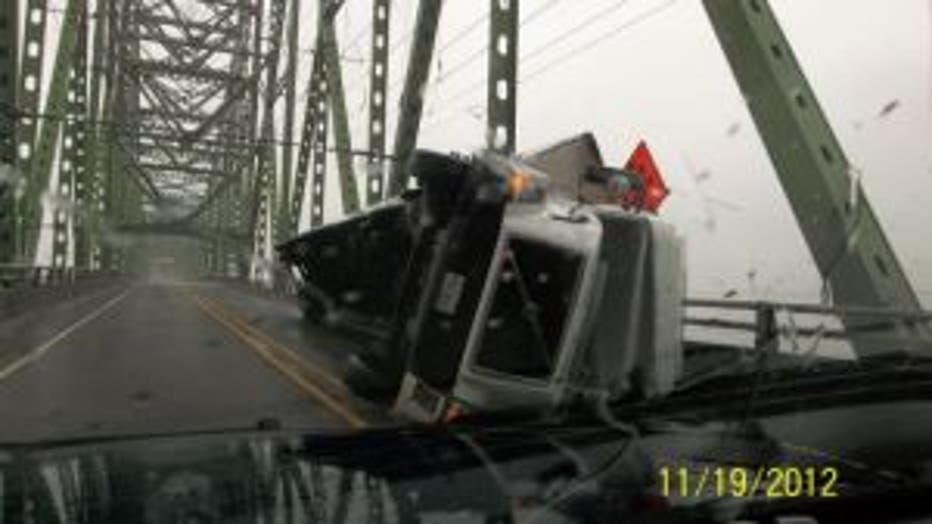 A truck crashed on the Astoria Bridge due to high winds. 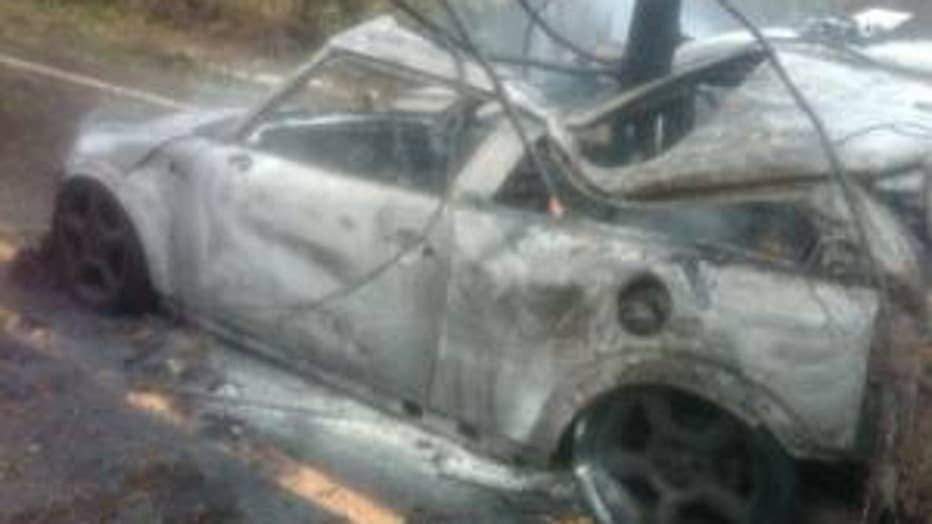 A Washington State Patrol Trooper pulled a woman out of this car after it was struck by an electric pole. Photo courtesy of Trooper Russ Winger.