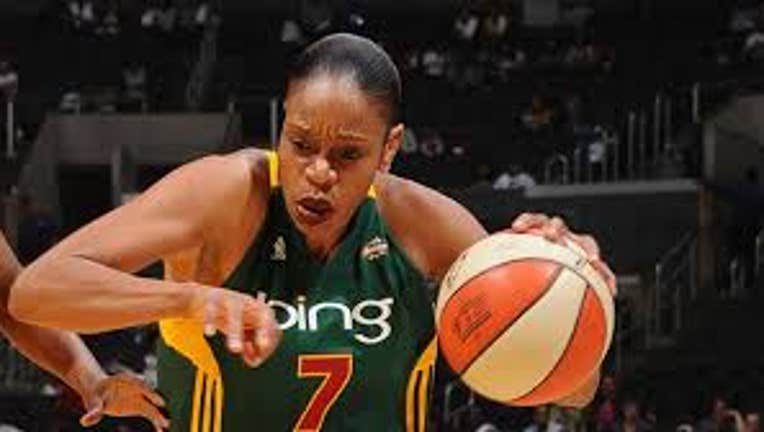 TACOMA--The Seattle Storm lost a tight game to the Minnesota Lynx on Sunday afternoon, falling behind in the final minute to end Seattle’s postseason run. Minnesota’s Maya Moore led all scorers with 22 points, one shy of her career playoff high, while Tanisha Wright tallied 16 points to lead the Storm.

Alysha Clark grabbed nine rebounds, surpassing her regular-season career high of eight. Tina Thompson scored 13 points and added nine rebounds for the Storm in the final game of her career. She leaves as the WNBA all-time leading scorer, as well as second in career rebounds.

The Storm trailed 20-16 after the first quarter, but held Minnesota to 8 points in the second quarter. The score heading into halftime was even at 28-28.

The Lynx regained the lead in the third quarter and were ahead 42-39 starting the fourth quarter. The Storm battled back, taking a 55-54 lead in the final minute, their first lead of the second half. Seimone Augustus put Minnesota ahead for good 56-55 with a jumper with 21.1 seconds remaining in the game.

Rebekkah Brunson recorded her first double-double of the playoffs. She had 12 during the regular season. Minnesota earned their third playoff series sweep in franchise history. They also improved to 6-3 all-time in playoff series.