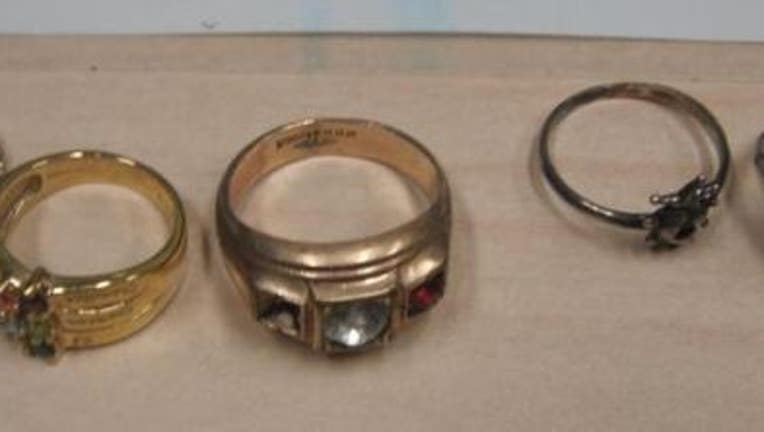 SEATTLE -- Were you the victim of a burglary between January 2012 and last July?

Detectives from the Sammamish Police Department and the King County Sheriff’s Office are trying to find the owners of stolen property that was recovered last July after the arrest of a couple who admitted to committing dozens of burglaries between Tigard, Ore., and Mill Creek, Wash.

Krystal Sweetman, 27 of Puyallup and Steven Tipton, 27 of Tacoma, were arrested last July after an investigation that revealed the couple had committed over 80 residential burglaries between January 2012 and July 2013, police said. The couple sold many of the stolen items at area coin shops netting over $346,000 in the 18-month crime spree, police said.

Detectives also discovered that the pair had a storage unit that was packed with property taken from the burglaries. Many of the stolen items from the storage unit have not been claimed and detectives are hoping to reunite victims with their property.

Detectives have photographed the unclaimed property and have provided a link to photos for the public to view.  Detectives are asking anyone who was the victim of a burglary between January, 2012 and July, 2013 to look at the photos to see if any of the property belongs to you.

If you have questions please call 804-885-KCSO (5276).  Do not call other police department numbers.  If you see property that you believe belongs to you follow the instructions on the link.  You will be asked to provide the case number of your burglary and will need to provide some proof the item is yours.

If you have trouble accessing the site please try at another time.  We expect the site to be inundated with viewers and access may be limited during the initial release of information.