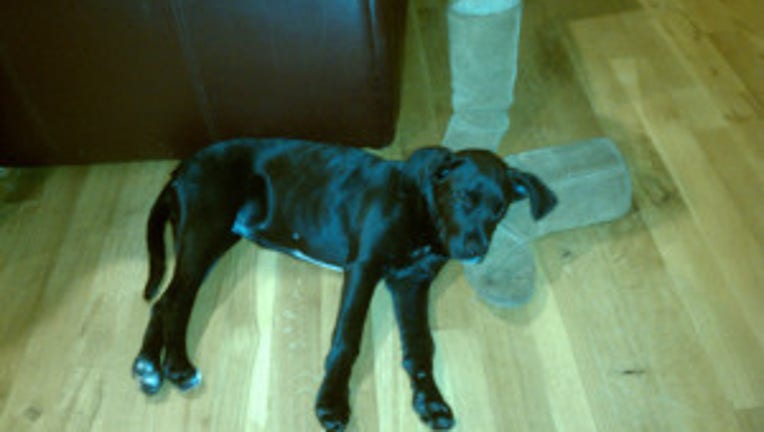 EVERETT -- Stolen computers, iPhones, and other electronics are often resold on Craigslist.

According to the Monroe Police Department, a 17-year-old Monroe girl was recently arrested for selling a stolen dog on the popular internet classifieds site.

The girl was scheduled to babysit a 3-month-old black lab while the owner was out of town, police said. But instead of care for the dog, Emma, she sold her for $200 on Craigslist.

Luckily, through a bit social media help, the family got their dog back, police said.

The Everett Herald reported that the 17-year-old posted the dog on Craigslist as a "Great Dane" puppy. A Monroe-area woman bought the dog for $200, and when the original owner returned home, the girl allegedly told the owners the dog ran away.

But when the new owner posted pictures of the puppy on her Facebook page, a friend recognized the dog from the previous family. The dog and was reunited with the original owner at the police station and the 17-year-old was arrested for first-degree trafficking and theft of a pet, Monroe Police said.

The dog was happy and excited when she was reunited with her family, the Herald reported.