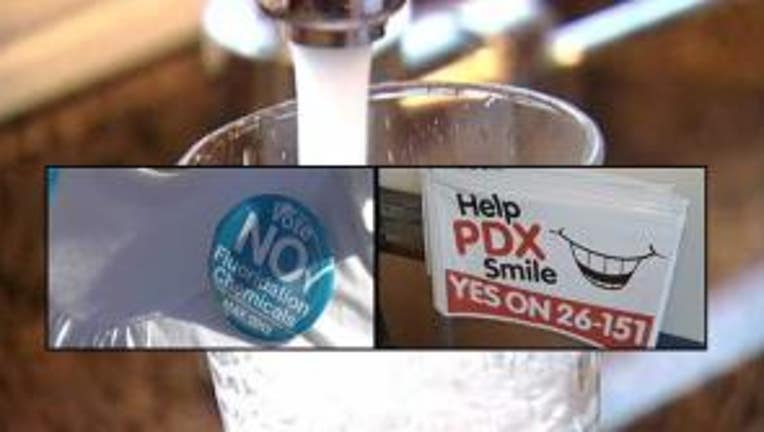 Election results out of Multnomah County Tuesday night showed voters striking down the measure with around 60 percent of the vote.

"This is obviously tonight not the outcome we were hoping for, and obviously we will leave here a little bit dissatisfied, and I hope we do," said Alejandro Queral of Northwest Health Foundation. "Because the work is not done yet."

Eight months ago, the Portland City Council approved a plan to add fluoride to the city's water supply.

The council's initial decision was met with opposition, including protests outside City Hall and a signature-gathering effort to put the issue to a vote. In December 2012, the city council agreed to let voters decide with a special election held Tuesday.

The polls closed at 8 p.m., and the results showed voters in opposition to fluoridation.

"We have real examples of real people with real medical issues whose real doctors have told them that they cannot ingest fluoridated water because it will be a real risk to their health," said Rick North, representing Clean Water Portland.

People on both sides of the debate made phone calls and canvassed local neighborhoods right up until the ballot drop-off deadline.

Supporters gathered in northeast Portland to watch the results come in Tuesday. Volunteers with Healthy Kids Healthy Portland said organizations like the Centers for Disease Control and The World Health Organization support fluoridation.

"It's not the end-all be-all. It's not the silver bullet that will change everything, save everything," said Evyn Mitchell. "But it is a really important prevention measure that will help us along the way to improve dental health and overall health in Portland."

Those against the measure met in northwest Portland Tuesday night. They said there are simply better alternatives to adding fluoride to the water supply and questioned the science that supporters have used related to the issue.

"It's not safe, and it's not effective, and it takes away a choice," North said. "Right now people have a choice to put fluoride in their drinking water or take it internally. You put it in the water, and it takes away that choice. And that's especially not fair for low-income families who can't buy bottled water or (an) expensive filtration system."