FEDERAL WAY, Wash. -- A semi slammed into a disabled minivan on Interstate 5 near Federal Way Wednesday night, seriously injuring a woman and spilling more than 20,000 gallons of a glue-like substance all over the highway, authorities said.

The Washington State Patrol said the accident happened in the northbound lanes of I-5 near Federal Way just before 7 p.m. Wednesday. Federal Way is about 23 miles south of Seattle.

The minivan was disabled in lane two of I-5 when the truck rear-ended it and both vehicles ended up on a hillside along the highway. The 56-year-old woman in the disabled minivan suffered life-threatening injuries and was rushed to the hospital, the State Patrol said. 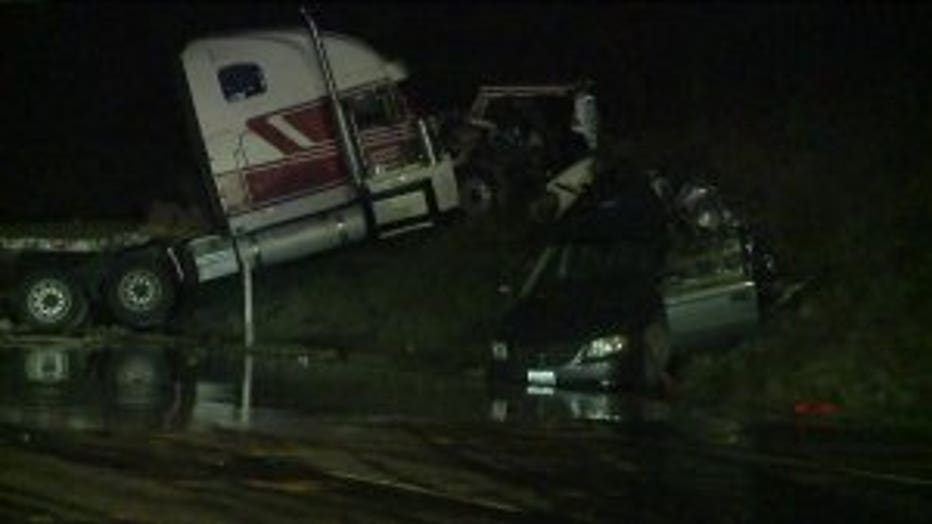 The driver of the truck was not injured.

The glue-like, non-toxic substance spilled from the truck and forced the closure of three lanes of I-5 for hours, backing up traffic for miles.

The three lanes would likely remain closed until about 3 a.m. Thursday while the mess was being cleaned up, the State Patrol said.