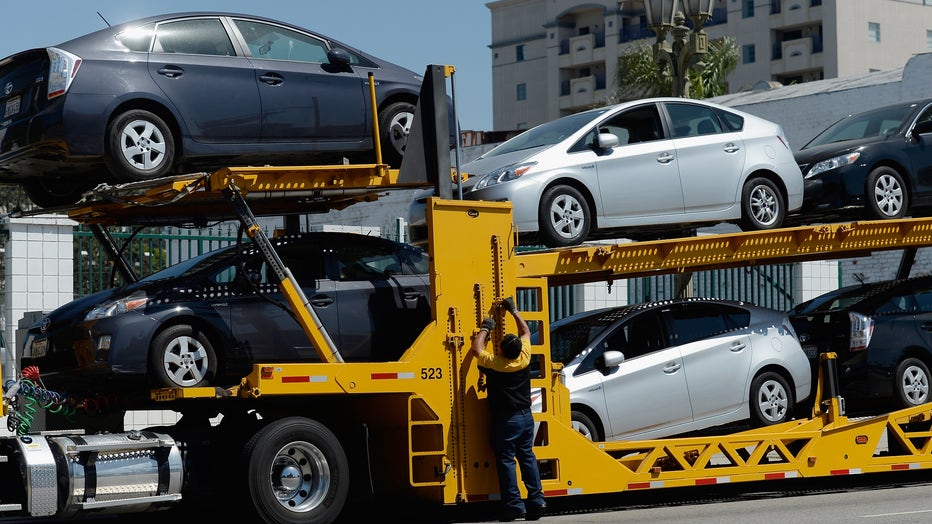 NEW YORK (CNNMoney) -- Federal safety regulators and Toyota Motor are stepping up efforts to get car owners to bring in cars whose airbags might explode, sending metal fragments into the driver and other passengers.

The Orlando Sentinel is reporting that police investigating the death of a woman earlier this month discovered that the "stab-like wounds" in her neck were apparently caused by the exploding airbag. The woman, Hien Tran, died a couple of days after the accident, even though she was wearing a seat belt and the crash itself should not have caused her death, according to the report.

Tran was driving a Honda Accord, one of 7.9 million vehicles that have been recalled because they have the problem airbags, which were all manufactured by Japanese parts maker Takata. NHTSA reports it knows of six incidents involving the defective airbag, but that number does not yet count Tran's accident and death.

Toyota spokeswoman Cindy Knight said her company is stepping up its recall effort after it received new information from Takata about testing that was done on the airbags involved. A spokesman for Takata was not immediately available for comment.

Because the problem seems to be associated with high humidity, the agency and the automaker are targeting owners of vehicles in states such as Florida and Hawaii, as well as island territories Puerto Rico and Guam.

Most of the cars were recalled in June, but owners of recalled cars often don't respond quickly to the notice.

Besides Toyota and Honda, manufacturers included in the recall include Mazda, BMW, Nissan, and General Motors.

This has been a record year for car recalls with more than 52 million. About one in every five cars on the road has been recalled.