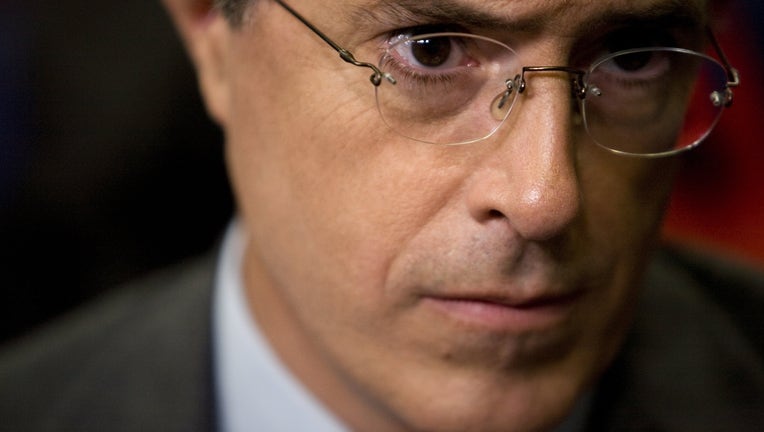 (CNN) -- Stephen Colbert will succeed David Letterman as host of "The Late Show," CBS announced Thursday, one week after Letterman told his audience that he would retire sometime in 2015.

Will Colbert remain in his Comedy Central character? No. Colbert told Bill Carter of The New York Times, "I won't be doing the new show in character, so we'll all get to find out how much of him was me. I'm looking forward to it."

CBS said "specific creative elements" would be determined and announced at a later date.

Colbert has been mentioned as a possible successor to Letterman for years, and his name quickly became a consensus pick after Letterman's retirement announcement April 3. But the swiftness of the announcement was surprising.

CBS said, "Colbert's premiere date as host of 'The Late Show' will be announced after Mr. Letterman determines a timetable for his final broadcasts in 2015."

In a statement, Letterman signaled his support for CBS' choice by saying that Colbert had "always been a real friend to me."

"I'm very excited for him, and I'm flattered that CBS chose him," Letterman said. "I also happen to know they wanted another guy with glasses."

Les Moonves, president and CEO of CBS Corp., called Colbert "one of the most inventive and respected forces on television." He added, "David Letterman's legacy and accomplishments are an incredible source of pride for all of us here, and today's announcement speaks to our commitment of upholding what he established for CBS in late night."

Comedy Central also praised Colbert on Thursday, saying, "We look forward to the next eight months of the ground-breaking 'Colbert Report' and wish Stephen the very best."

Colbert's move means he will compete with the 11:30 p.m. time slot of his current show, and he'll no longer have his friend Jon Stewart as a lead-in. Stewart, the host of "The Daily Show," told New York magazine's Vulture blog on Wednesday that CBS would be wise to hire Colbert.

"He's wonderful in 'Colbert Report,' but he's got gears he hasn't even shown people yet. He would be remarkable," Stewart said.

Colbert naturally had the last laugh in Thursday's news release.

"Simply being a guest on David Letterman's show has been a highlight of my career," he said. "I never dreamed that I would follow in his footsteps, though everyone in late night follows Dave's lead. I'm thrilled and grateful that CBS chose me. Now, if you'll excuse me, I have to go grind a gap in my front teeth."