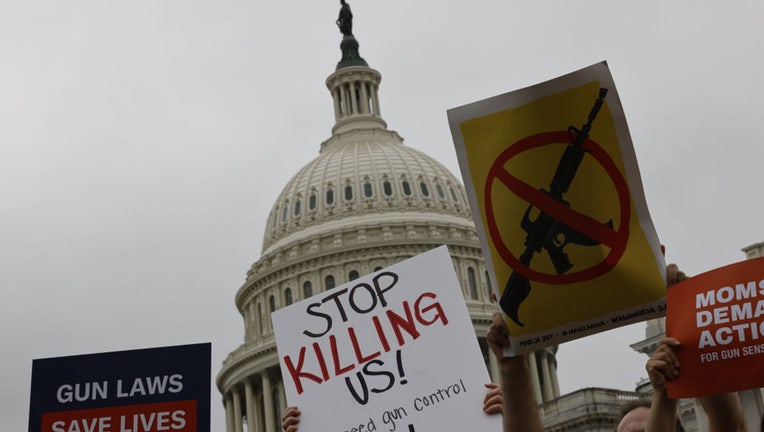 Demonstrators during a rally calling for action on gun safety on Capitol Hill in Washington, D.C., US, on Thursday, May 26, 2022. (Ting Shen/Bloomberg via Getty Images)

OLYMPIA, Wash - Washington Gov. Jay Inslee was quick to react to this week’s carnage at a Texas elementary school, sending a tweet listing the gun control measures the Democratic-controlled state has taken. He finished with: "Your turn Congress."

But gun control measures are likely going nowhere in Congress, and they also have become increasingly scarce in most states. Aside from several Democratic-controlled states, the majority have taken no action on gun control in recent years or have moved aggressively to expand gun rights.

That’s because they are either controlled politically by Republicans who oppose gun restrictions or are politically divided, leading to stalemate.

"Here I am in a position where I can do something, I can introduce legislation, and yet to know that it almost certainly is not going to go anywhere is a feeling of helplessness," said state Sen. Greg Leding, a Democrat in the GOP-controlled Arkansas Legislature. He has pushed unsuccessfully for red flag laws that would allow authorities to remove firearms from those determined to be a danger to themselves or others.

After Tuesday's massacre at Robb Elementary School in Uvalde, Texas, that left 19 students and two teachers dead, Democratic governors and lawmakers across the country issued impassioned pleas for Congress and their own legislatures to pass gun restrictions. Republicans have mostly called for more efforts to address mental health and to shore up protections at schools, such as adding security guards.

Among them is Texas Gov. Greg Abbott, who has repeatedly talked about mental health struggles among young people and said tougher gun laws in places like New York and California are ineffective. In Tennessee, GOP Rep. Jeremy Faison tweeted that the state needs to have security officers "in all of our schools," but stopped short of promising to introduce legislation during next year’s legislative session.

Wisconsin Gov. Tony Evers has called for universal background checks and "red flag" laws, only to be ignored by the Republican-controlled Legislature. 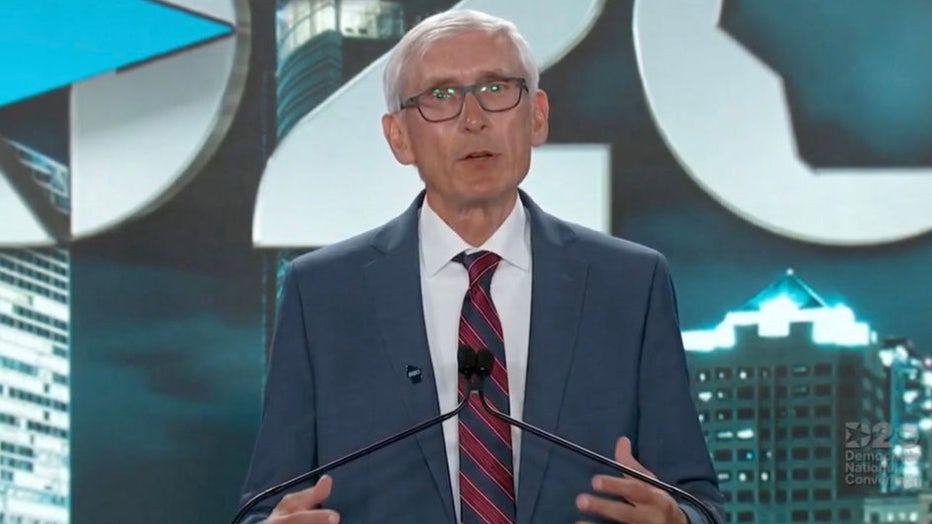 FILE - In this screenshot from the DNCC’s livestream of the 2020 Democratic National Convention, Wisconsin Gov. Tony Evers addresses the virtual convention on Aug. 19, 2020.  (DNCC via Getty Images)

On Wednesday, a day after the shooting, legislative Democrats asked that the Wisconsin gun safety bills be taken up again, to no avail. Instead, state Assembly Speaker Robin Vos, a Republican, told The Associated Press on Thursday that he is open to the idea of arming teachers to better protect schools, along with adding police and armed security guards.

In New Hampshire, the Republican-led House on Thursday rejected an effort to reintroduce legislation that would have required criminal background checks for commercial firearms sales.

Democratic state Rep. Debra Altschiller said there have been dozens of mass shootings nationwide since the bill was defeated in March.

"We can make a change so we don’t have to live like this," she said, her remarks met by boos from some of her colleagues.

Their jeering turned to applause when Republican Rep. Terry Roy said voters don’t want further gun control: "We should not ever, ever use tragedy to push legislation," he said.

The situation is similar in Michigan, where Republicans have majorities in the Legislature. Democrats in the state Senate were thwarted Wednesday in their efforts to advance a group of bills that would have required gun owners to lock up their firearms and keep them away from minors.

"Every day we don’t take action, we are choosing guns over children," said Democratic Sen. Rosemary Bayer, whose district includes a high school where a teenager was charged in a shooting that killed four in November and whose parents are charged with involuntary manslaughter, accused of failing to lock up their gun.

Florida stands out as a Republican-controlled state that took action. The 2018 shooting at a high school in Parkland that left 14 students and three staff members dead prompted lawmakers there to pass a law with a red flag provision that lets law enforcement officers petition a court to confiscate guns from a person considered a threat.

Democrats want that expanded to allow family members or roommates to make the same request of the courts, but there has been little appetite among Republicans to amend the law. Instead, Republican Gov. Ron DeSantis said he wants lawmakers to allow people to carry handguns without a permit. The state currently requires a concealed weapons license. 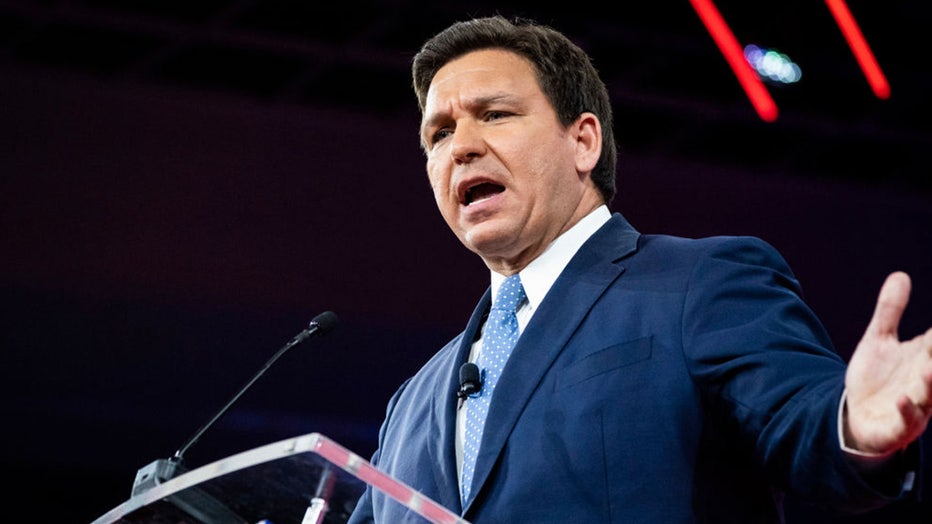 While Republicans have supported red flag laws in some other states, most legislative action around gun control in recent years has been in states led by Democrats.

In Washington state, the governor earlier this year signed a package of bills related to firearm magazine limits, ghost guns and adding more locations where guns are prohibited, including ballot counting sites.

In California, Gov. Gavin Newsom and top Democratic legislative leaders on Wednesday vowed to fast-track gun legislation, identifying about a dozen bills they plan to pass this year. Newsom highlighted a bill that would let private citizens enforce a ban on assault weapons by filing lawsuits – similar to a law in Texas that bans most abortions through civil enforcement. 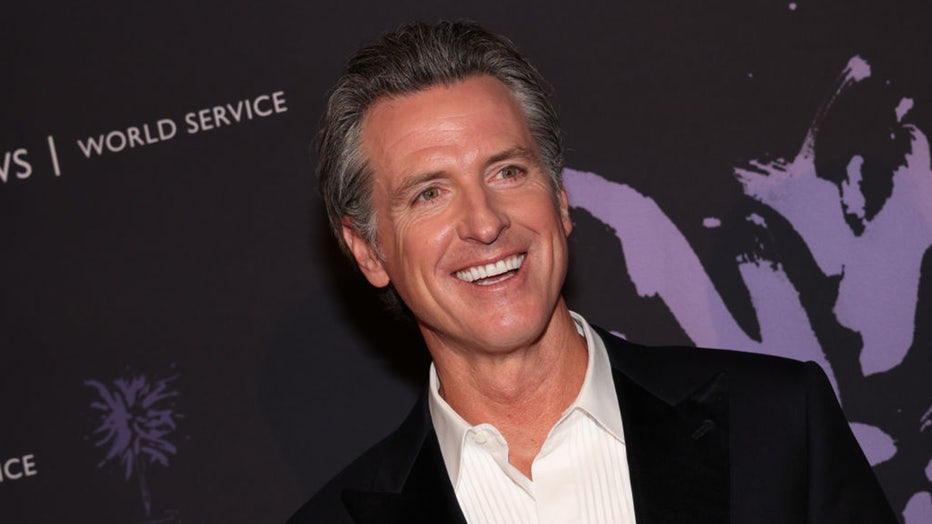 Oregon's Democratically controlled Legislature has passed bills that require background checks, prohibit guns on public school grounds, allow firearms to be taken from those who pose a risk and ensure safe storage of firearms. On Wednesday, a group of six Democrats pledged additional action after the mass shooting in Texas and the racially motivated massacre in Buffalo, New York.

"We ran for office to solve big problems and make life better for our constituents — and that includes taking on the gun lobby and politicians that place profits and political power over children’s lives," they said in a joint statement.

But there are limits even in some Democratic-controlled states, underscoring the challenge of gaining consensus to combat the rising frequency of mass shootings in the U.S.

Rhode Island has passed restrictions in recent years that include measures to ban firearms from school grounds and close the "straw purchasing" loophole that had allowed people to buy guns for someone else. But bills that would ban high-capacity ammunition magazines and assault weapons have been bottled up in committee, in part because the overwhelmingly Democratic chamber includes many lawmakers who have opposed the measures, citing their support for the Second Amendment.

In Connecticut, gun violence legislation supported by both parties passed soon after 20 children and six staff members were shot and killed at Sandy Hook Elementary Schoo l in 2012. But additional gun control measures stalled this year in the Democratic-led General Assembly, in large part because of a short legislative session and threats by Republicans to hold up legislation through a filibuster.

Democratic Gov. Ned Lamont said Wednesday he’s uncertain whether he will call a special session on the bills. They would put limits on bulk purchases of firearms and require the registration of so-called ghost guns, untraceable firearms that can be assembled at home.

"I think it’s become an incredibly partisan argument right now in our society," Lamont said. "It wasn’t that way, you know, 30, 40 years ago. So that is disturbing, even in a state like Connecticut, where after Sandy Hook we had strong bipartisan support."

DeMillo reported from Little Rock, Arkansas. Associated Press statehouse reporters from around the U.S. contributed to this report.