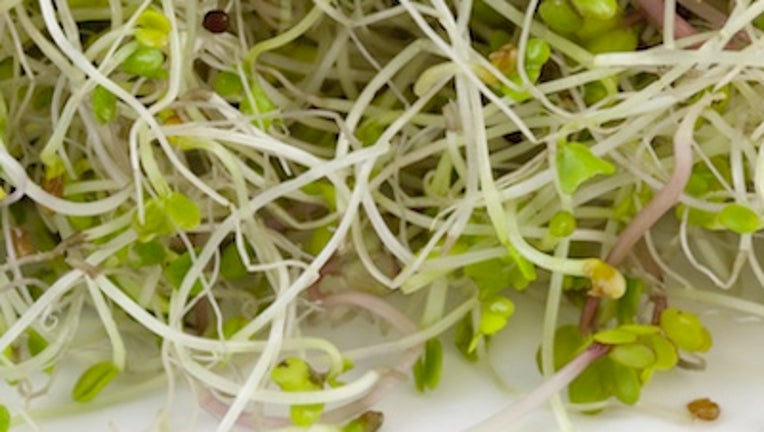 OLYMPIA -- State health officials on Wednesday warned consumers not to eat raw clover sprouts from Evergreen Fresh Spouts of Idaho, saying the product has been linked to several cases of E. coli illnesses in Washington and Idaho.

“We advise people not to eat raw clover sprouts from Evergreen Fresh Sprouts until further notice,” said Washington State Health Officer Dr. Kathy Lofy. “If you have these products at home, you should throw them out.”

The state Health Department said the sprouts under investigation are linked to seven confirmed and three probable cases of E. coli O121 illnesses in Washington and Idaho. Five of those patients were hospitalized; there have been no deaths.

Sprouts were eaten in sandwiches at several food establishments, including Jimmy John’s Gourmet Sandwiches locations in King and Spokane counties, as well as two Pita Pit locations in Spokane County, and Daanen’s Deli as well as a Jimmy John’s location in Kootenai County. The restaurants where the cases reported eating raw clover sprouts have voluntarily suspended serving sprouts.

The producer also distributed sprouts around the Northwest to other restaurants, as well as retail grocery stores where consumers may buy them for home consumption.