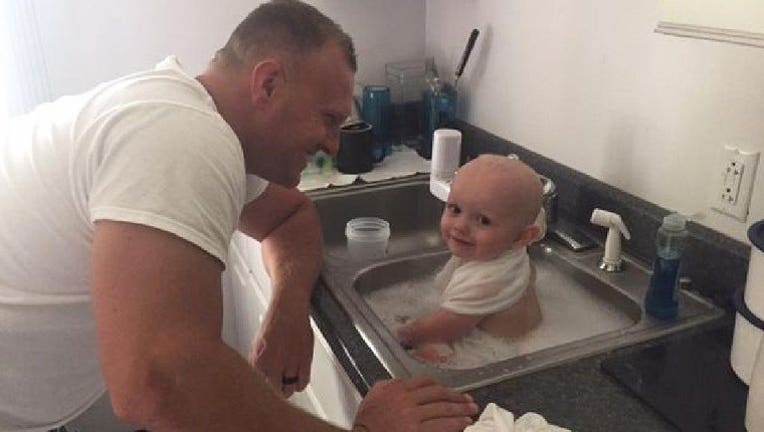 WEST VIRGINIA -- It must have been a heartbreaking sight during a routine traffic stop -- a baby in the backseat, covered in vomit.

But no worries, because West Virginia state troopers knew just what to do.

Since the 1-year-old was drenched in vomit, the child was taken back to headquarters. There, trooper D.C. Graham cleaned the child up in a sink, wrapping the baby in a towel and watching over it until officials from child protective services showed up.

The child, who troopers suspect had been sick for awhile, looks pleased as punch during the sink bath at headquarters.

The baby is now with a legal guardian; the driver faces DUI charges.