SEATTLE -- The state's recent youth survey shows that more than 100,000 kids in Washington state seriously considered suicide in the past year, and that 8 percent of kids in the 8th to 10 grade actually have attempted suicide.

A new state mandate requires all school districts to have a coordinator to deal with youth suicide issues. Watch the first video above. And for a link to the reports, click here. 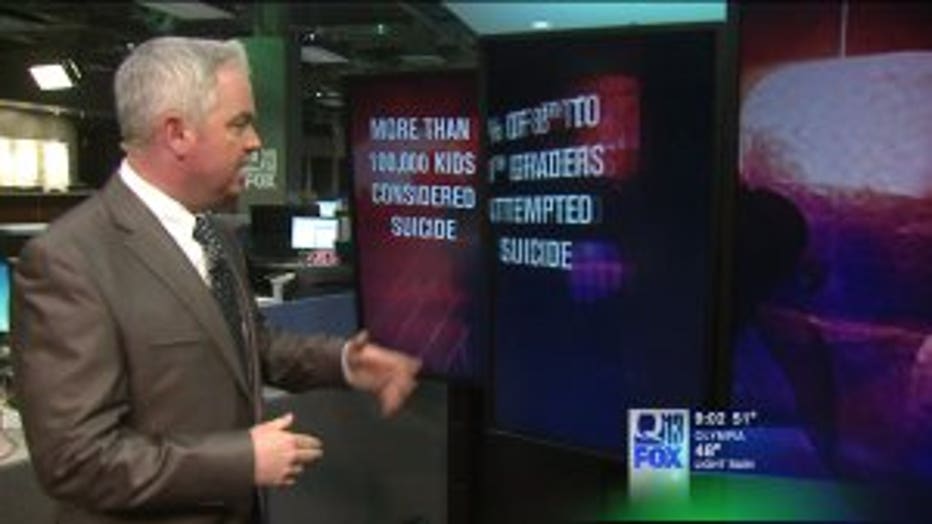 In addition, one of the findings of the survey show that kids are developing a more casual attitude toward pot. Watch the last video above.

She said while there is good news in the report. Teen smoking is down and so is teen drinking. But there are also fewer and fewer kids who think marijuana use is risky, and the health secretary worries that could lead a lot more of them to try it and even abuse it.

“I think teens think there's no risk in it and it's better than going out and doing meth, and coke and stuff,” said Tisha, 14.

The youth survey found the number of teenagers who believe pot use is risky is low, and kids are twice as likely to smoke pot as they are to smoke cigarettes.

Selecky said because pot is now legal, part of the tax revenue will go towards educating kids about it.

“Some of those dollars will come to the Department of Health for us to target at youth, so that we can help them prevent using pot, and also to reduce it if kids are using it.”

But that campaign can't start until pot retail stores open up next year.

As for getting their hands on marijuana, teens in the survey said it's easier than ever.

Gabriel, 15, said, “It's quite common and I've actually had it offered to me multiple times on the street.”