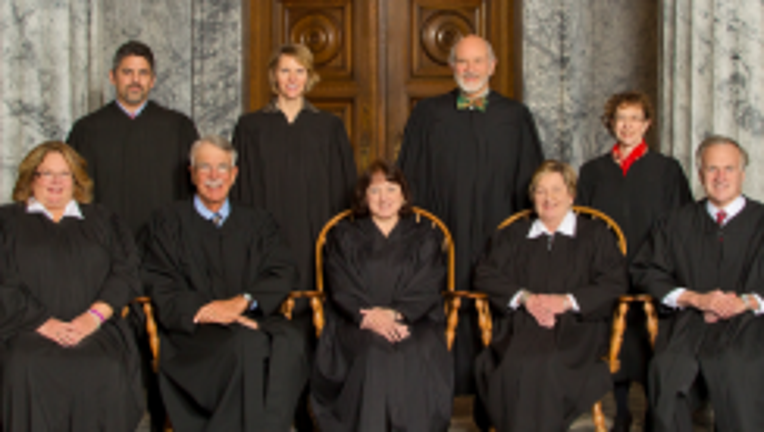 OLYMPIA -- In an historic decision, the state Supreme Court dealt a fatal blow Thursday to the Legislature’s supermajority requirement to raise taxes.

Under the rule struck down by the court as unconstitutional, proposed tax increases in the Legislature needed a vote by two-thirds of members to pass.

The court's ruling Thursday paves the way for a simple majority of the Legislature to raise taxes.

Voters have approved the 2/3rds rule for tax measures five times, but the court said the high hurdle violates the state constitution and basic democratic principles.

Tim Eyman, the sponsor of the supermajority requirement, said the decision goes against the will of the voters.

“Nothing has changed as far as the level of public support for this measure,” Eyman said Thursday in front of the state Capitol. “Six justices obviously don’t like it, but 1.9 million people do.”

The initiative guru’s years of work was struck down in just one written opinion, but Eyman on Thursday lacked the emotion and energy that typically characterizes his public statements.

“At the end of the day, I’m trying to focus as much as I can on the future,” he said.

His efforts will now turn to making sure lawmakers uphold the spirit of what the people have approved.  “We call on the Legislature to represent the people on this.”

Opponents of the supermajority requirement applauded the high court’s ruling.

“The fact that it’s approved by voters doesn’t make it constitutional,” said state Sen. David Frockt, D-Seattle, one of the plaintiffs in the challenge to the law. “The practical effect of the 2/3rds rule is that it gives a minority the ability to trump the majority of the elected representatives of the people.”

Frockt rejects the notion that the end of the supermajority requirement will be the beginning of heavy tax increases.

But some Republican lawmakers worry that the court ruling will indeed usher in higher taxes.

“Bad day for Washington, bad day for the people,” said state Sen. Pam Roach, R-Auburn. “Look out for your pocketbooks, it’s going to come at you again.”

Roach, a big supporter of the supermajority requirement, argues there is only one option now that the court has thrown out the voter-approved initiative.

“There’s really only one thing that will fix it,” Roach said, “and that’s a constitutional amendment.”

The Supreme Court made clear in its ruling that a constitutional amendment is the one way to enshrine the 2/3rds rule in law.  However, doing that would itself take 2/3rds of the Legislature and a majority of the voters. Right now in Olympia, that support don’t exist.

“The 2/3rds rule is not a good way to govern the state of Washington,” said Frockt. “We are elected representatives. We listen to people, and if we don’t do what they want us to do, we get voted out.”

Reacting the court's ruling, Gov. Jay Inslee said:  “The state Supreme Court did the right thing today in ruling that a supermajority requirement for ordinary legislation would alter our system of government. The supermajority requirement gave a legislative minority the power to squelch ideas even when those ideas had majority support. That is inconsistent with our fundamental form of representative democracy."

The case was filed by a group that included the League of Education Voters, the Washington Education Association and various state legislators and citizens.