OLYMPIA -- Creating jobs continues to be on the mind of lawmakers in Olympia, and leaders in the conservative-led state Senate unveiled a plan Wednesday to kick-start job growth in the private sector, including making is easier to do business.

“We know if we can help reduce those costs, that we’re going to improve our business climate and our competitiveness,” said state Sen. Janea Holmquist Newbry, R-Moses Lake. 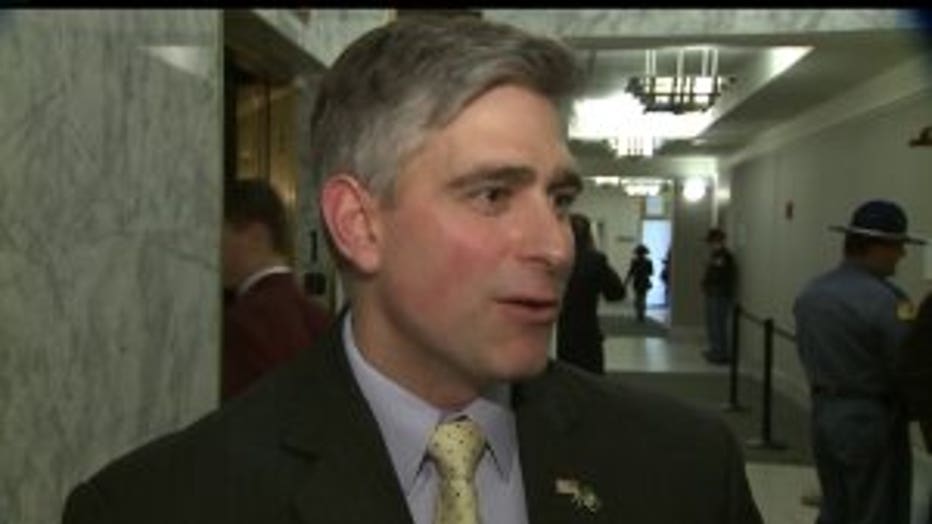 Ever since lawmakers passed that record $9 billion tax break for Boeing last fall, a number of lawmakers, mostly Republicans, have called for expanding those benefits to other businesses as well.  Wednesday's  Senate plan does that, and is part of a big agenda they argue will make Washington a better place for job growth.

“There’s a big sign up at the border that says, yeah, we want your business, enter at your own peril,” said Judy Coovert, co-owner of a small printing supply business, about the state’s business climate.   She wants the state and local jurisdictions to reduce red tape.  “There’s so much uncertainty.”

The jobs agenda unveiled Wednesday includes reforms to the state’s workers compensation system, an expansion of the Boeing tax break to other businesses, and reducing the minimum wage for workers in training and teens looking for summer jobs.

Baumgartner’s bill would allow companies to pay those under 20 years of age a wage of $7.25 an hour for summer jobs only.  That’s well under the state’s current rate of $9.32.  He says employers and parents will support the concept.

“They worry that their kids are just sitting on the couch in the summer,” Baumgartner said.  “They  want them out working, developing those skills.”

Democratic leaders of the state Senate disputed the characterization that Washington is a bad state for business.

“We’ve heard this complaint from Republicans time and time again,” said Sen. Sharon Nelson, (D-Seattle, “and yet Boeing is here, ready to build a new plant, and do their 777X in Washington state.”

Nelson argues that instead of giving more tax breaks to business, the state should boost employment by passing a gas tax increase that would fund billions of dollars in needed road and bridge improvements.

“The transportation package is 7,000 jobs in this state per year,” said Nelson.  “That’s worker recovery. That is an economic boost for this state.”

That transportation package would come at a cost, of course.  The plan would require a 10-cent increase in the state gas tax.