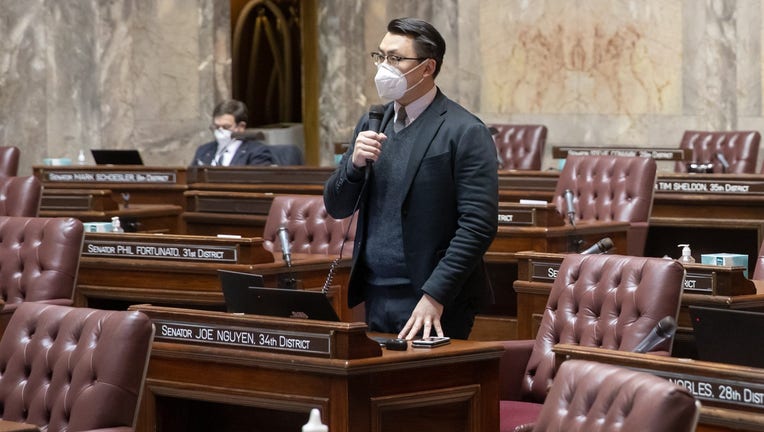 Nguyen, a West Seattle Democrat, made the announcement in a video release Tuesday.

"Politics should be about people, not careers, and it’s increasingly clear that governments run by transactional politicians do not serve communities," Nguyen said in a news release. "Decisions from the top down are easy—but they do not solve real and systemic problems. Engaging communities, being mindful of the people you serve, adjusting systems and behaviors to accommodate the people you work for—that’s good governing."

Nguyen, the son of Vietnamese refugees who were resettled in White Center during the Vietnam War, was elected to the state Senate in 2018. He said his decision to run for office came after the shooting death of Burien teen Tommy Le in 2017.

State lawmakers in the House will hold a hearing on the proposed bill that will determine the consequences of drug possession in Washington.

A manager at Microsoft, Nguyen is a progressive Democrat in Olympia, but he's also known in the Legislature as someone who works well with GOP colleagues.

Constantine, also a Democrat, was first elected as King County Executive in 2009. He handily won reelection in 2013 and 2017 with more than 75 percent of the vote in both elections.

The deadline to file paperwork to run in the August primary is May 21.