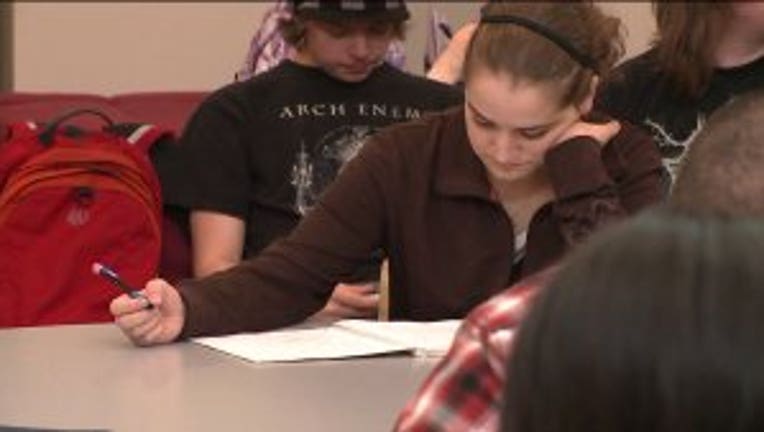 OLYMPIA -- Charter schools were approved by voters last fall and many supporters had hoped they would start as soon as this fall.

But, it’s now clear things are moving slower than planned. In fact, the first charter schools won’t open until the fall of 2014 at the earliest.

“I know we’re all eager to see this get moving,” said Shannon Campion, who led last fall’s charter schools initiative. “The focus on getting it right is more important to many people than just moving quickly.”

On Tuesday, the State Board of Education met to adopt some preliminary timelines for charter school authorizations. One attentive listener was State Superintendent of Public Instruction Randy Dorn. He intends to throw a big wrench in the planning when he files a suit alleging the charter schools initiative is illegal.

“It’s clear in the constitution that it says the Superintendent of Public Instruction oversees all public schools,” Dorn said.

Dorn objects to the having charters under the purview of a newly established board. “If I don’t win, the 9-member un-elected commission goes forward,” he said.

Dorn says he doesn’t object to the concept of charters, just how they are structured under the voter approved initiative.

“I don’t believe the constitution of the State of Washington and my oath of office is a technicality,” Dorn said. “That’s what we have the Supreme Court for, and I’m just asking them to do their job.”

“We continue to feel confident about the role of the commission in authorizing public charter schools,” Campion said. “Having that sole focus of the commission that is set up to do that exclusively we believe will wind up being a good thing.”

The schools chief is also fired up about the state of funding for public education. That’s the single biggest issue during this session, fulfilling the demand from the State Supreme Court to add billions to schools over the next several years.

Some lawmakers are talking about redefining basic education to reduce the state’s funding obligation. Dorn is clear about what he thinks of that strategy.

“I’d hold them in contempt of court,” he said.

Dorn argued that Olympia still doesn’t have its priorities right.

That’s a clear dig at lawmakers who last week unveiled a big roads package, but still no clear proposal on the table yet about how to fulfill this court demand for school funding.