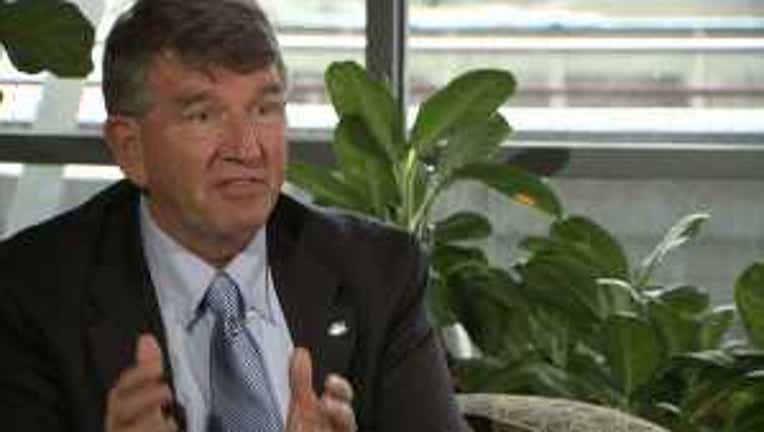 SEATTLE -- A day after the charter schools initiative was declared a winner by a small margin, Washington’s superintendent of public instruction went on the offensive.

Randy Dorn is on fire about the initiative, arguing that the new commission it creates to authorize and monitor charter schools circumvents the current school system.

“Creating a new agency under the Governor’s Office to oversee 10 to 40 public schools, to me, is a clear violation of the (state) Constitution,” Dorn said.  He argues that it is the superintendent of public instruction who should oversee public schools.

The state’s schools chief is poised to press his point.

“I believe the answer is yes,” Dorn said after being asked if he plans a lawsuit.

However, he said he will wait until the measure is certified and he has a chance to talk to the state Attorney General’s Office.

Supporters on Tuesday dismissed the superintendent’s argument, saying the legality of the measure was fully vetted even before it made the election ballot.

“The attorney general looked and considered his arguments and said, uh-uh, this initiative is constitutional,” said Lisa Macfarlane, who helped write the measure. “He’s trying to get another bite at the apple, and that’s his right, but we think he’s wrong.”

Dorn argued that voters didn’t fully appreciate the details of the initiative.  “Did people really understand that, that there was going to be a new agency, and it was going to be $3 million given to 10-40 schools, where I only have $8 million to do 295 districts?” he asked.

Macfarlane scoffs at the notion that voters didn’t understand what they were voting on.

“We ran a very factual campaign to get voters information about what charters schools are,” she said. “We went into, you know, forums and living rooms and debates, and every editorial board in the state considered this measure, and there was plenty of information.”