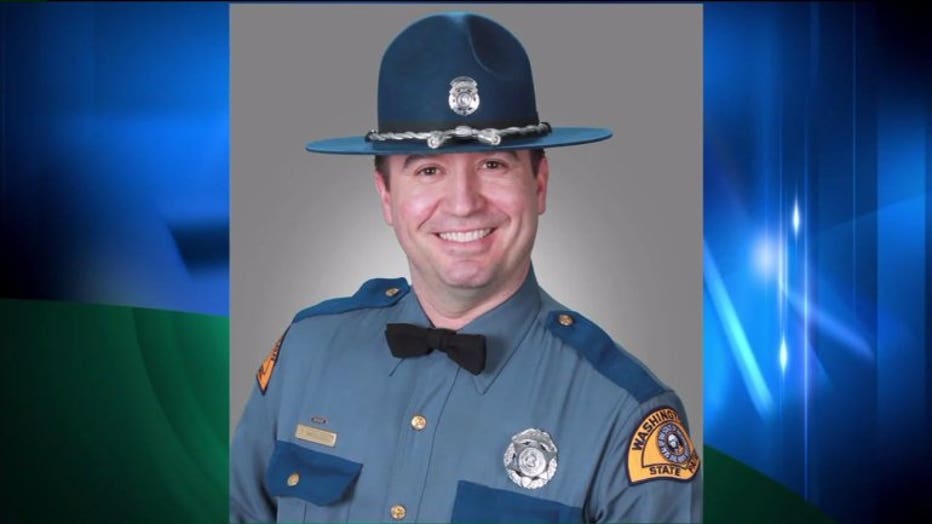 Washington State Trooper Tony Radulescu, killed in the line of duty in February 2012.

PORT ORCHARD, Wash. -- The Washington Department of Transportation is renaming State Route 16 in memory of State Trooper Tony Radulescu. He was killed four years ago Tuesday on that roadway.

A rededication ceremony is planned for Tuesday morning in Port Orchard. The governor and other dignitaries are scheduled to speak.

Radulescu was shot and killed while making a traffic stop in Gorst early in the morning of Feb. 23, 2012. The 44-year-old was a U.S. Army veteran and had served with the Washington State Patrol for 16 years.

The man accused of the shooting later committed suicide and the passenger in his vehicle was sentenced to one year in prison.

The section of highway named after the trooper runs from Milepost 18 to Milepost 28.

Radulescu was born in 1967 in Bucharest, Romania, and emigrated to the U.S. He graduated from Harrison High School in Harrison, New Jersy. He served  in the  Army from 1986 to 1996 and remained an active member of the Army Reserve until retiring in 2008 after 20 years of military service to his country.

Radulescu was hired by the State Patrol 1995 and was commissioned out of the 79th trooper class in 1996.

He left behind a son, many relatives, loved ones, friends and colleagues.

Part of the resolution passed by the Transportation Commission reads:

“Tony Radulescu loved his work, had great compassion for people and provided outstanding professional service as a trooper for 16 years. Trooper Radulescu was well-known for his ever-present smile and was respected and admired by the schools and communities in Kitsap County and the Kitsap County Sheriff’s Office.”