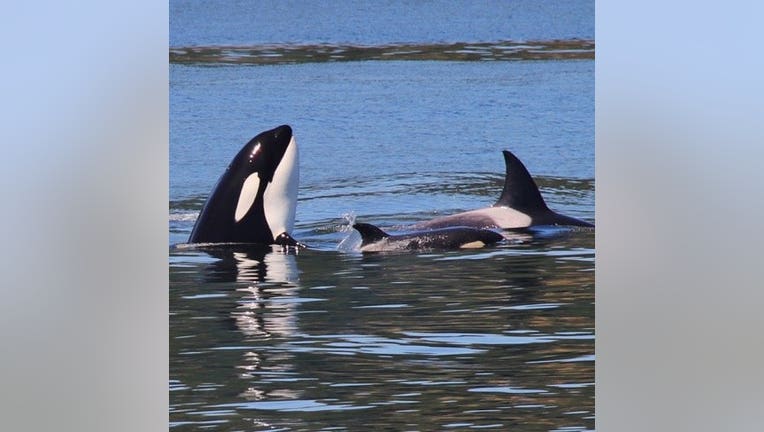 OLYMPIA, Wash. --  State fish and wildlife managers are asking boaters to avoid an area along the west side of San Juan Island in an effort to protect a dwindling population of Southern Resident killer whales.

Despite state and federal government protection, the population of Southern Resident killer whales has declined from 98 whales in 1995 to just 76 in December 2017.

The state said major threats to the whales include a lack of chinook salmon,  disturbance from vessel traffic and increased noise, and toxic contaminants.

"The Washington Department of Fish and Wildlife (WDFW) will be working with partner agencies and stakeholder groups to help educate people about the voluntary 'no-go' zone, which applies to all recreational boats – fishing or otherwise – as well as commercial vessels, the department said.

The no-go zone is located on the west side of San Juan Island, including:

A map of these areas is available on WDFW’s website at https://wdfw.wa.gov/conservation/orca/, where boaters also can find existing regulations on properly operating vessels near orcas. 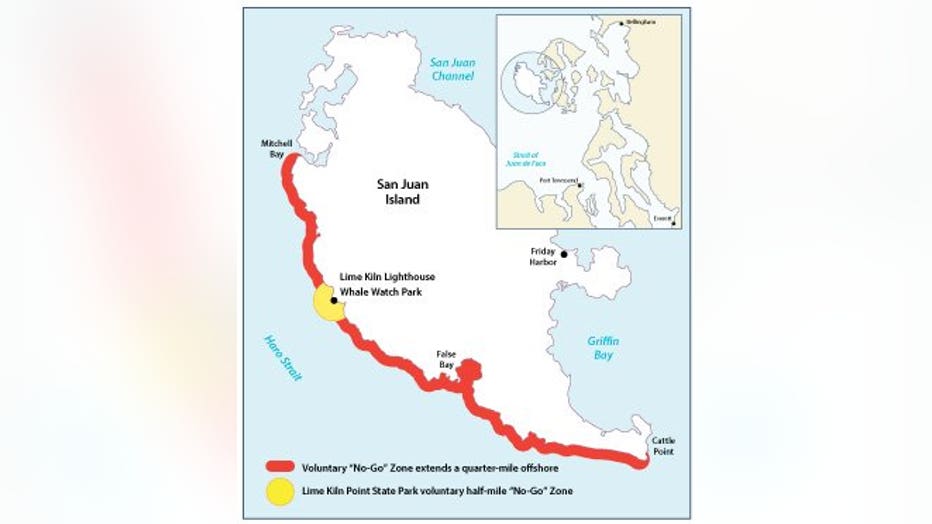 "These waters represent the areas in the San Juan Islands that southern resident killer whales most frequently use for foraging and socializing. To improve conditions for the whales, WDFW is asking vessel operators to stay out of these key areas to allow the whales a quiet area to feed," the news relesae said.

In March, the governor signed an executive order creating a task force and directing WDFW and other state agencies to take immediate action to benefit southern resident killer whales. In designing this year’s salmon fisheries, the department reduced fisheries in areas – such as the San Juan Islands, the Strait of Juan de Fuca, and Admiralty Inlet – important to orcas.

In late April, NOAA Fisheries asked the state to take additional action to protect southern resident killer whales during the upcoming fishing season. In response, the state included the voluntary measure in a set of actions NOAA should consider as the federal agency develops authorization for Puget Sound salmon fisheries.

“This step will help support killer whale recovery and prevents a potential delay in federal approval for our salmon fisheries throughout the entire Sound,” said Ron Warren, head of WDFW’s fish program.

Warren acknowledged that this is a difficult request to make of anglers who fish the San Juans, given the reduced opportunities for salmon fishing in the area this year. But there are a variety of other salmon fisheries in Puget Sound this season.