On Monday, WSP officials learned an agency-associated phone number was sending out "fraudulent bomb threats" that detailed instructions on how to avoid a nearby bomb. The instructions included a website that recipients were supposed to visit.

"In this case, the 16 second voicemail instructs the recipient to go to a specific website to ensure personal safety," a WSP news release said. 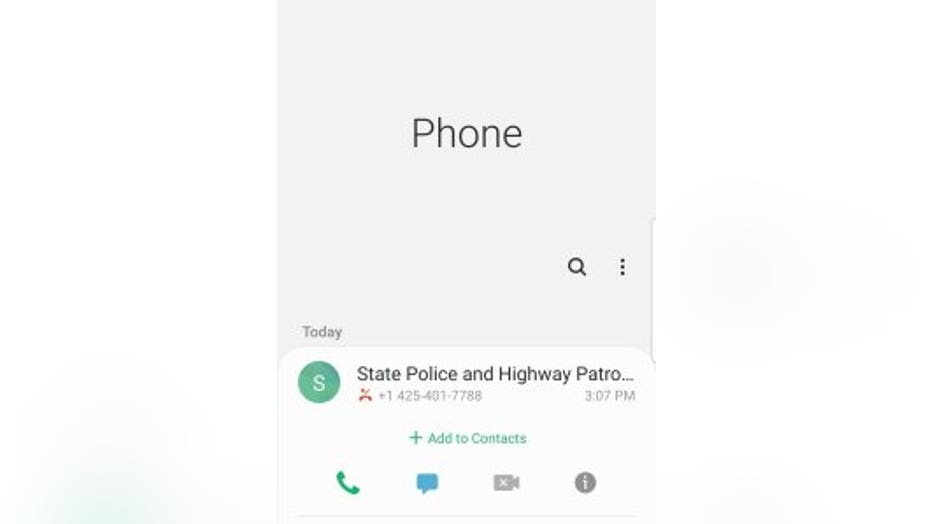 A screenshot of the caller ID from the spoofing calls.

WSP says the calls are fake and an apparent scam attempt. They are investigating the calls.

"Spoofing" happens when a caller pretends to be someone else by forging the number that appears on caller ID devices.  Anyone who believes they received a suspicious call should call 911.

The Clallam County Sheriff's Office said earlier this week they received calls from concerned residents saying someone was spoofing a sheriff's deputy. The caller told residents they missed jury duty, and a warrant was issued for their arrest. Deputies are investigating these fake phone calls, too.