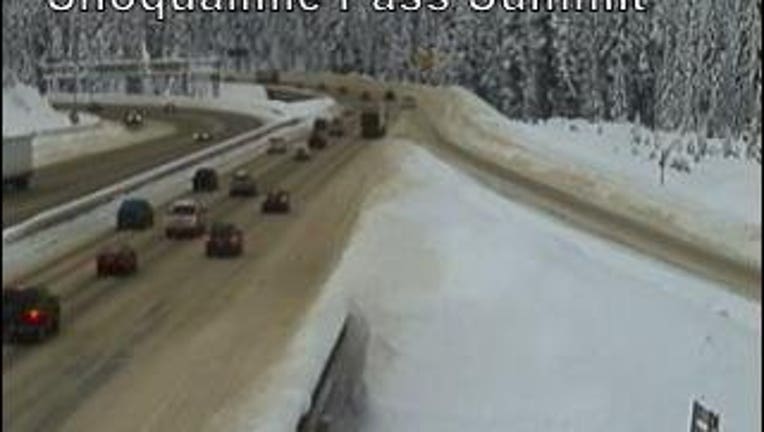 SEATTLE -- The Washington State Patrol said troopers have responded to 119 collisions since Friday in north-central Washington, with most of them on Interstate 90.

The State Patrol said most of the accidents were non-injury, with a few minor injury collisions.

Trooper Brian Moor tweeted that there was heavy holiday traffic Tuesday on Snoqualmie Pass, and that the State Patrol had been on the scene of "several collisions east of summit."

"Slow down and drive for conditions," he wrote.