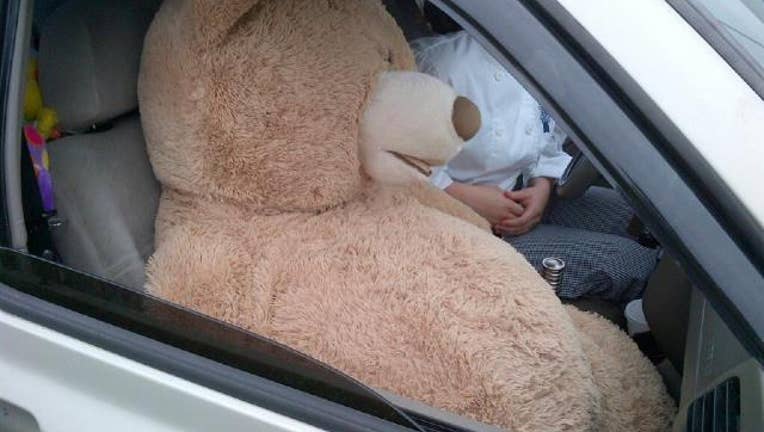 MARYSVILLE, Wash --  It turned out to be a 'beary' bad decision by a driver in the HOV lane Monday.

Washington State Patrol Trooper Mark Francis tweeted a photo of the driver after they had been pulled over with a giant teddy bear in the passenger seat.

Francis said the woman was also speeding and had no insurance.