We have dry and hot weather in the forecast, which means one thing for firefighters: high fire danger.

ENUMCLAW, Wash. -- We have dry and hot weather in the forecast, which means one thing for firefighters: high fire danger. 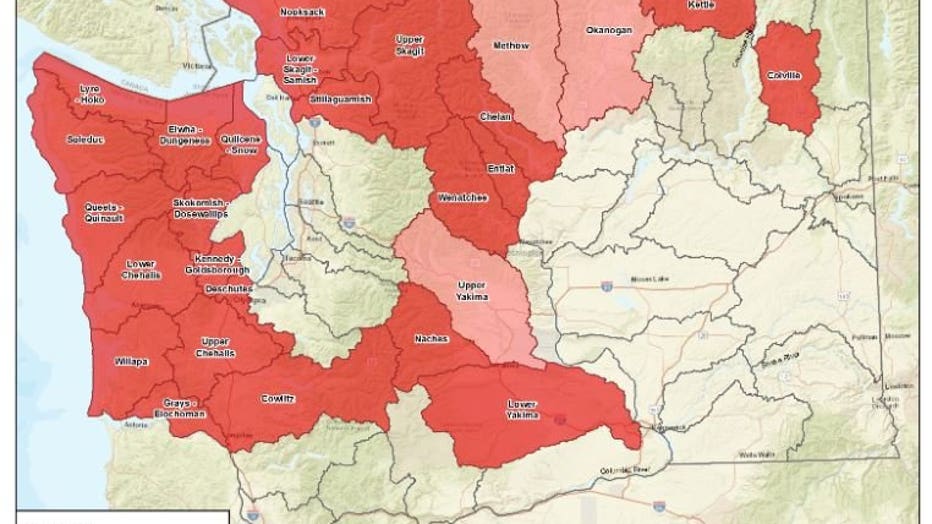 When you think about all the wet weather we had on Saturday, Burns says that’s just not enough.

“Once that cures, we’re into fire danger right away,” said Burns.

It’s the reality for urban fire crews, too.  The DNR says they track 2,500 fires a year in Snohomish, King, and Pierce Counties.  We caught up with Capt. Kyle Ohashi before he retired from Puget Sound Regional Fire Authority to give us a quick look at the brush fire danger in metro areas.

“Some people don’t consider it a big deal. But when you consider the distraction, the smoke blowing across the road, and the ugly nature of a burned-out area and then the potential dangers to the public and the firefighters,” said Ohashi.

The fire authority has two brush trucks that can fit where big engines can’t. They’re filled up with all the goods ‘red card’ or wildfire trained firefighters will need.

In the throes of wildfire season, all urban or rural fires in the state are mapped out at a dispatch center in Enumclaw.  Right now, crews are cleaning up unattended campfires and a debris fire that spread in Mason County.

“Debris burning fire unattended and got into a pile of firewood that was stacked by the house and threatened the house,” said Burns.

Because most fires are sparked by humans, the legislature will give the DNR $50 million over the next two years to fund suppression and prevention efforts, but homeowners can start now.

Along with raking, knock limbs off your roof. Prune large bushes near your home.  That cloth patio furniture is fuel to fire.

On June 5, DNR will team up with East Pierce Fire and the Forest Service for another drill to prepare for wildfires.