Voters look back at the challenges of 2020, reflecting on how issues like&nbsp;the coronavirus pandemic, the economy, race and policing, and civil unrest&nbsp;factor into their votes.&nbsp;

OLYMPIA, Wash. (AP) - Elections officials in Washington on Monday touted security enhancements made over the years and the state’s long history of voting by mail as reasons voters should be confident heading into Election Day, but they encouraged the public to remain vigilant about misinformation efforts in light of recent warnings about attempted foreign interference and intimidation in other states.

Washington Secretary of State Kim Wyman said that that there have not been any breaches of the state’s election system and noted that their system is not connected to state systems the same way other state agencies are. Even so, while she said she couldn’t give specifics due to security protocols, she said that there are layers of backup plans up to and beyond election night.

Wyman, who was joined by several county elections officials, urged the public to reach out if anything seemed off.

She said the state is working with the National Association of Secretaries of State and county elections officials across the country on an effort called #TrustedInfo2020 to fight misinformation and disinformation campaigns on social media and elsewhere online.

U.S. officials last week said that Russian hackers have targeted the networks of dozens of state and local governments in the United States, and Iran has been accused of being behind a flurry of emails sent to Democratic voters in multiple battleground states that appeared to be aimed at intimidating them into voting for President Donald Trump. 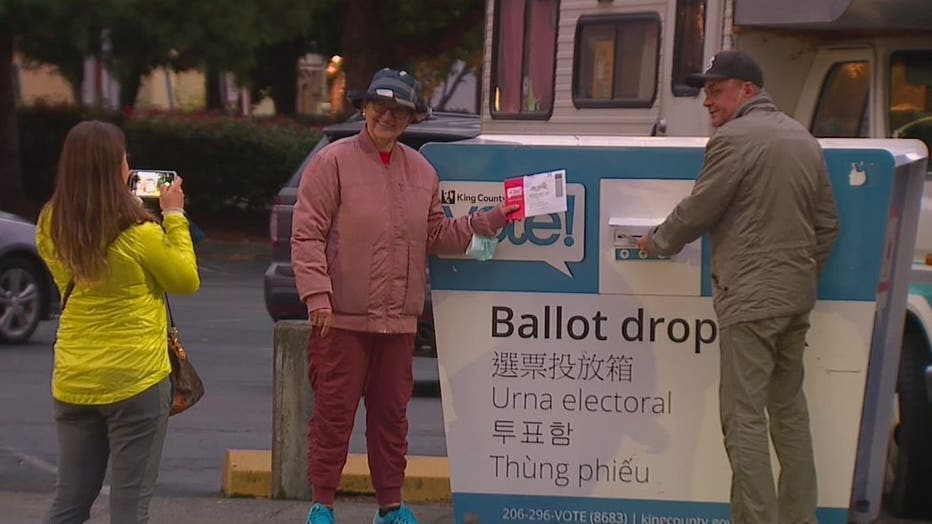 And last month, Gov. Jay Inslee said that the state was among those being targeted by a “large-scale, highly sophisticated” nationwide phishing campaign, but state cybersecurity officials said that they haven’t seen any indicators that there were attempts to exploit the state’s election infrastructure.

Benton County Auditor Brenda Chilton said that counties have been preparing for this election cycle for years.

Wyman and county officials said they have been working with local law enforcement to ensure the security of the state’s 490 drop boxes, and that they have rapid response plans in case there are concerns about any security issues at the boxes. And among the various security protocols in place of monitoring IP addresses trying to access public online portals, on election night her office's election security team will be monitoring the results page to make sure nothing other than what is being reported by the counties is reflected.

“We are very sensitive to the security issues and feel really confident about what we’ve done to protect people’s rights to cast their ballot,” said Clark County Auditor Greg Kimsey.

Voters in Washington state are returning their ballots much earlier than in previous years, with more than 40% of the state’s more than 4.8 million voters already having cast their votes just over a week before Election Day.

The secretary of state’s office reported that as of this past weekend, more than 2 million ballots have been returned. In 2016, just about 18% of ballots had been returned in the same timeframe.