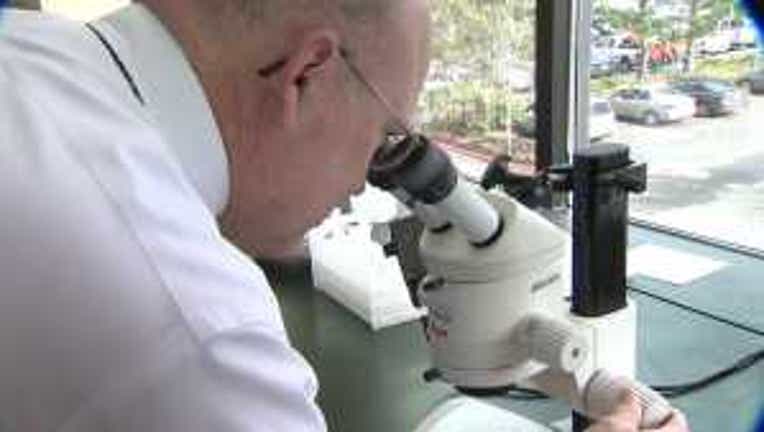 SEATTLE -- The Washington State Patrol Crime Lab has been testing marijuana the same way for 40 years -- until now.

“Under the new law, we can't call it marijuana until we've tested the amount of THC present,” said Erik Neilson, a manager at the crime lab. “We're not set up to do that yet.”

So all marijuana testing at the lab, for now, is on hold.

The new law that made pot legal also defines something as marijuana only if it contains 0.3 percent of THC, the ingredient that gets people high.

While anyone over 21 can now possess up to an ounce of pot, it's still illegal to possess any more than that, and if you're under 21, you can't have any pot, so the crime lab still has cases, and they are stacking up.

“We have to not just validate instruments, but we have to validate our people,” said Neilson. “Make sure they can do the process correctly.”

THC levels actually go up in pot once it's heated, such as when someone smokes it.

Testing for the total THC levels will add hours to the process. The lab may need more people and a new machine, which costs more than $100,000.

Neilson said it will all depend on what the courts tell them once pot testing is once again up and running in the lab.

The new protocols for pot testing should be in place by March 1.

“Analytically we're not blazing new territory here, but it's new for us,” Neilson said.