OLYMPIA, Wash. -- State officials are meeting in Olympia on Tuesday to discuss the possibility of charging you for the number of miles you drive.

The state transportation commission is taking a look at a tax that would charge drivers by distance instead of paying a tax on each gallon of gas you buy.

They say it's because drivers of hybrid and electric cars pay less in gas taxes now, and as more cars become fuel-efficient the money raised from the gas tax is dropping.

The state is looking for ways to generate enough money to maintain roads.

The road usage charge would coexist with the gas tax, and taxpayers would pay one or the other -- not both.

Here's a look at how it could break down based on a driver who logs 1,000 miles per month. 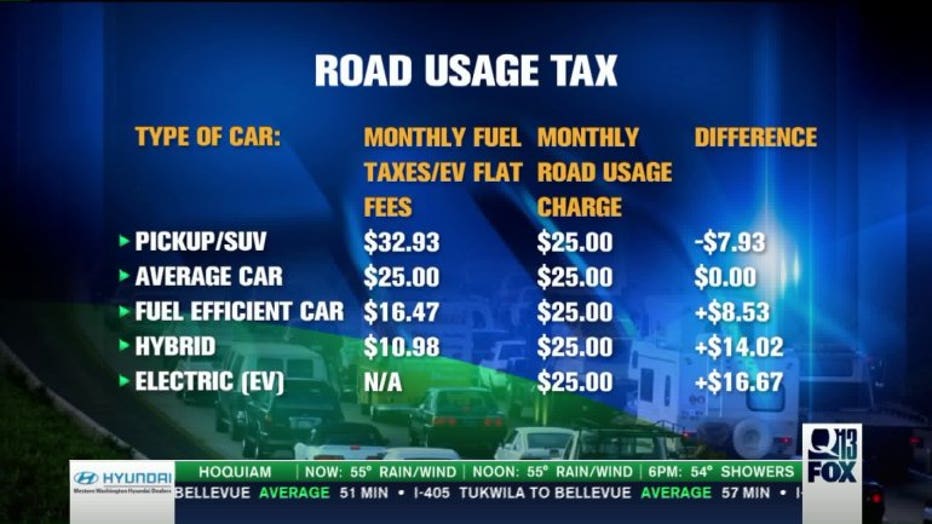