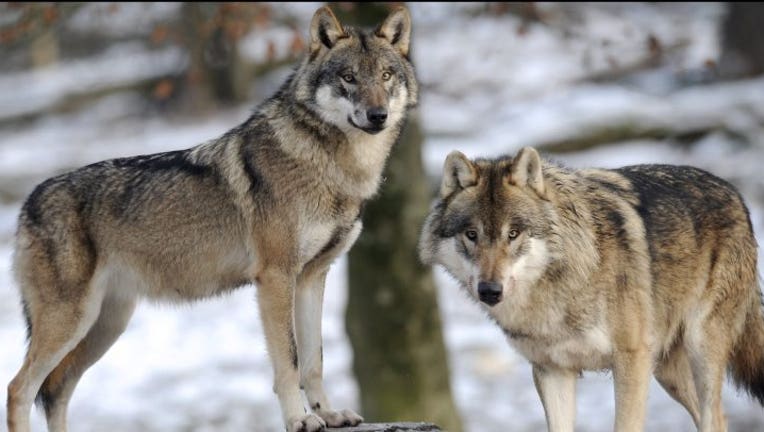 SPOKANE, Wash. - A petition that called for new rules to limit when the state can kill endangered wolves that prey on livestock was rejected Friday by the Washington Fish and Wildlife Commission.

The petition was filed in May by four conservation groups who sought to prevent conflicts that have led to the killing of 31 wolves in the state since 2012.

“Yet again, the Washington Department of Fish and Wildlife has failed the public in favor of private business,” said Samantha Bruegger of WildEarth Guardians.

The groups requested rules that would require ranchers to use non-lethal deterrence measures to prevent conflict in an effort to avoid killing wolves. The petition also proposed additional rules in locations with consistent conflict, such as the Kettle River Range.

Of the 31 wolves killed by the state since 2012, 19 were in the Kettle River Range, and 26 have been killed on behalf of the same livestock operation, Diamond M Ranch.

“The state is annually spending scarce public dollars killing entire packs of wolves at the behest of a single livestock producer, and it is having impacts on the species’ recovery,” said Nick Cady, legal director of Cascadia Wildlands.

US plans to lift protections for gray wolves

US plans to lift protections for gray wolves

Washington’s wolf population was virtually wiped out in the 1930s, but the state documented a resident pack in Okanogan County in 2008. Since then, the number of wolves has increased every year.

Most packs range across public and private land in Ferry, Stevens, and Pend Oreille counties in the northeast corner of the state, but increasing numbers are found in southeast Washington and the north-central region.

The U.S. Fish and Wildlife Service has ended Endangered Species Act protection for wolves in the eastern third of the state but preserved it for those in the western two-thirds.

Under state law, wolves are listed as endangered statewide.