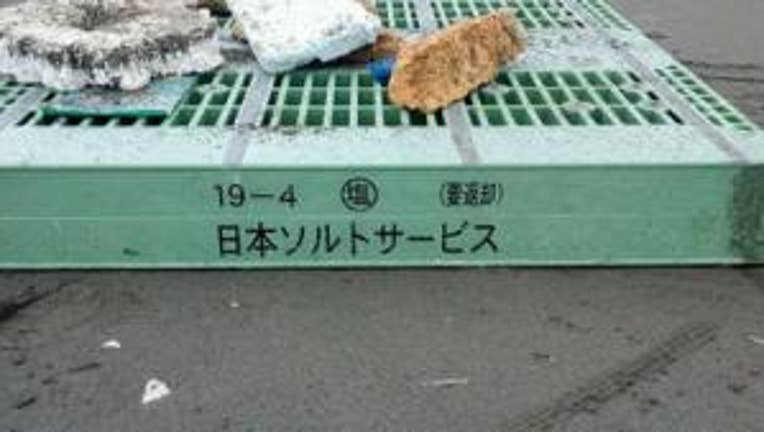 OLYMPIA -- The Washington Department of Ecology said Friday that crews sent out to clean up increased amounts of debris along 57 miles of the state's southwest coast collected enough material this week to fill 70 pickup trucks.

“The vast majority of the debris we found was Styrofoam, and it’s hard to say exactly where it came from. We did, however, find some large items with Japanese symbols,” said Shawn Zaniewski, supervisor of one of the Washington Conservation Corps crews cleaning up the beaches.

The state Department of Ecology sent out three six-member WCC AmeriCorps crews after an increase in debris started arriving from last year’s tsunami in Japan.

He said crews also found numerous items with Chinese and other Asian writing on them.

WCC member Jered Pomeroy said he saw a steady stream of debris, noting, “We would clear a stretch of beach and – within 20 minutes – more marine debris washed up. Keeping our beaches clear will definitely take a concentrated community effort.”

The WCC crew that cleared the area from Moclips to Ocean Shores consisted of recently returning military veterans. The largest item removed by this crew was a refrigerator-freezer.

WCC crew supervisor Phil Hansen said: “Ocean Shores had the heaviest amount of debris in the north beach area. We had to make several passes along the same stretch of beach due to additional debris coming onshore.”

It is difficult to determine how much of the debris cleaned up by the crews is related to the March 11, 2011, tsunami that devastated Japan and claimed nearly 16,000 lives, injured 6,000 and destroyed or damaged countless buildings.