KENT — Chris Kealy has big plans for his marijuana business in Kent, including an enclosed warehouse to grow and process legal pot, and employ more than 30 people.

"It became apparent to me we could put this industry in that building and fill it up," Kealy said. 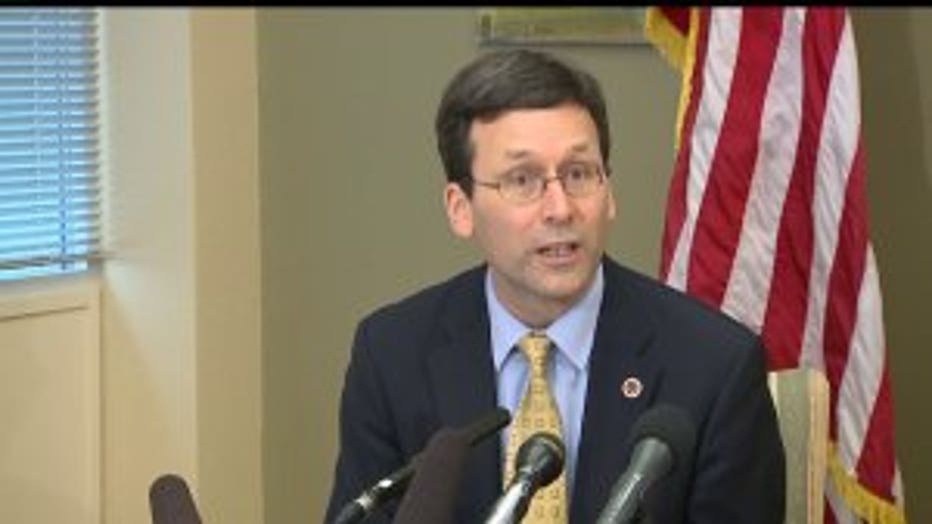 But the city of Kent put the brakes on those plans when it enacted  a moratorium on any pot business within its borders. That could lead to a permanent ban.

"It's a crime under federal law, and therefore it's not going to be permitted in Kent as long as it's a federal offense," said Kent City Attorney Pat Fitzpatrick, echoing the concerns of the City Council.

If Kent wants to ban marijuana grows and sales, it got the backing of the state's top lawyer.

State Attorney General Bob Ferguson was asked by the Liquor Control Board for his opinion on the legal marijuana businesses and the rights of cities and communities to keep them out.

In an opinion issued Thursday, Ferguson said he believes local governments do have a right to ban recreational marijuana businesses despite state law making them legal.

Ferguson said it was perfectly within the rights of local municipalities to ban growing, distributing and selling marijuana in their jurisdiction via land-use restrictions. In order for that to change, Ferguson said, the Legislature would need to pass a bill amending I-502, the initiative passed by voters that made recreational marijuana legal, to ban local and county moratoriums.

“Nothing in the initiative itself says it allows businesses to operate in conflict of the (local) law,” Ferguson said.

Several counties, such as unincorporated Pierce County, and smaller cities already have recreational pot business bans on the book. Conversely, a bill has already been proposed in the Legislature that would amend the law to fix what many consider a loophole.

Kent's city attorney is already in a legal battle to keep medical marijuana out of the city. He said when the city's moratorium on retail marijuana ends in May, he expects an outright ban, despite the fact that the majority of people in Kent voted in favor of legal marijuana.

Kealy is still optimistic that he can convince the city to allow his big plans to continue.

Ferguson said his decision would likely be challenged in court.

Seattle City Attorney Peter Holmes said he was "dismayed" by Ferguson's opinion and urged the Legislature to make the necessary changes to the state law.

“To make I-502 succeed and implement the will of Washington’s voters, it is important that local governments be partners, not roadblocks," Holmes said in a statement. "Like the Washington State Liquor Control Board, I am dismayed by the policy implications stemming from today’s Attorney General’s Opinion, which interprets I-502 as allowing local governments to ban outright I-502 licensed producers, processors and retailers from their jurisdictions.

"As the Attorney General’s Opinion itself stated, 'if a large number of jurisdictions were to ban licensees, it could interfere with the measure’s intent to supplant the illegal marijuana market.' I urge local governments to be mindful of this concern and carefully, thoughtfully zone I-502 licensees without prohibiting them outright," Holmes said.

“The Attorney General’s Opinion notes that the Legislature can clarify local jurisdictions’ zoning authority. The Legislature should support I-502’s implementation by taking this step," Holmes added. "RCW 69.15A.140, which would allow local jurisdictions to zone -- but not prohibit altogether -- licensed marijuana businesses, was enacted as part of SB 5073 and could be a model for legislatively enacted I-502 zoning authority.

"I also urge the Legislature to make local jurisdictions stronger partners in I-502’s landmark system of legalization with taxation and regulation by passing HB 2144 -- and sharing a portion of the retailer excise tax revenue with local jurisdictions that welcome I-502 licensed retailers,” he said.