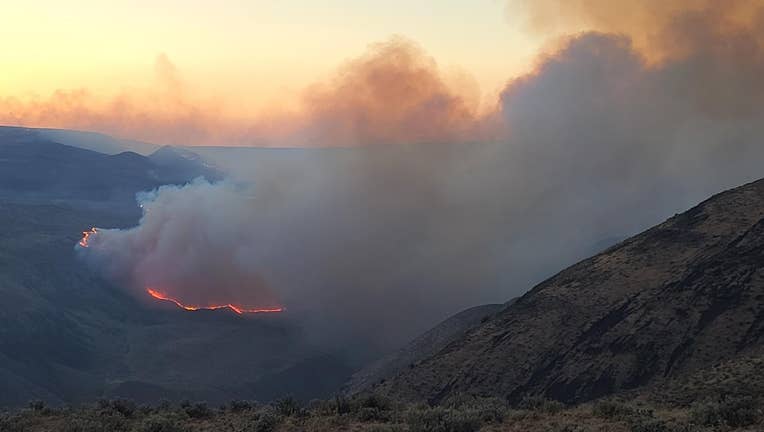 SPOKANE, Wash. - More than 30 wildfires are currently burning in Washington state in what is shaping up as a very busy fire season.

Vaugn Cork, a fire analyst for the state Department of Natural Resources, said the vast majority are in eastern Washington.

Cork said this year is looking worse than the 2020 fire season, when more than 800,000 acres burned, KREM-TV reported.

"We’re trending about four to six weeks ahead of where we normally would be for this time of year," Cork said. "We typically don’t see conditions like this until the end of August."

The state is on par, if not ahead, of the 2015 season, when a record of more than 1.1 million acres burned, Cork said.

There have been more than 630 wildfires reported so far this year, about double the normal rate. Of those, 164 fires have ignited on the western side of the state, leaving 466 in eastern Washington, DNR said.

"One little spark, one errant cigarette, one set of dragged chains along the highway can cause a 10,000 acre fire in a heartbeat," Cork said.

At this point, there is no way to stop this, he added.

"The short term climate predictions don’t show any relief coming in sight," he said. "We’re expected to stay hotter than normal and drier than normal through at least September."

Portions of the state have limited burn bans