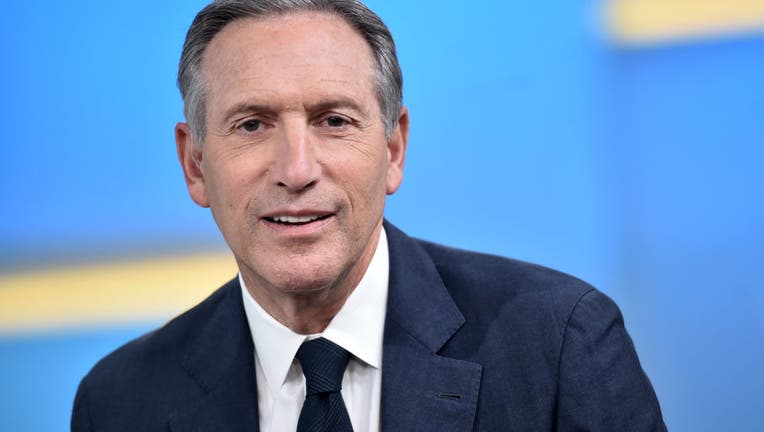 Longtime Starbucks leader Howard Schultz — who returned to the company as interim CEO on Monday — said his first major action will be suspending their share buyback program and plowing those billions of dollars into the company instead.

"This decision will allow us to invest more profit into our people and our stores — the only way to create long-term value for all stakeholders," Schultz said in an open letter to employees posted on Starbucks’ website.

The pivot in strategy comes just three weeks after Starbucks announced that Schultz, who bought the company in 1987 and led it for more than three decades, would be taking over the company’s top role until it finds a permanent CEO. Previous CEO Kevin Johnson announced his retirement on March 16; the company said it expects to name a permanent CEO by this fall.

Buybacks often raise a company’s stock price, rewarding its shareholders. But some critics, including Democratic Sen. Elizabeth Warren of Massachusetts, say buybacks also inflate executive compensation and do nothing to improve a company’s goods and services.

Investors weren’t pleased by the news. Starbucks’ shares were down 5% in late morning trading Monday.

It’s not clear how ending the buyback program will impact Schultz himself, since Starbucks has not revealed how many shares he currently owns. At the time he left the company in 2018, he and his family held 34 million shares; that would be worth nearly $3 billion today.

Schultz is currently volunteering his time as interim CEO, taking $1 in compensation.

Monday’s announcement indicates Schultz is feeling some heat from employees, many of whom have publicly complained about understaffed stores and lagging pay.

A Starbucks store in Capitol Hill on Tuesday voted unanimously to unionize, becoming the first Seattle store do so.

Last fall, Starbucks committed to spending $1 billion over two years to increase U.S. employee pay, which will average $17 per hour by this summer. But many workers have questioned if that was adequate, considering Johnson’s 2021 compensation package totaled more than $20 million.

As a result, Starbucks is facing growing unionization effort that Schultz may be seeking to quell. Six of the company’s 9,000 company-owned U.S. stores have voted to unionize since December, and at least 170 more in 27 states have filed to hold union elections. Workers United, a branch of the Service Employees International Union, is leading that effort.

In his previous time with the company, the 68-year-old Schultz successfully fought attempts to unionize Starbucks’ U.S. stores and roasting plants. Starbucks had to reinstate fired workers or pay to settle labor law violations numerous times under Schultz’s leadership in the early 2000s.

Schultz did not mention the unionization effort in his letter to employees Monday. He said he plans to travel to stores and manufacturing plants worldwide to get input on how to remake the company after several turbulent years.

"Pinched supply chains, the decimation caused by COVID, heightened tensions and political unrest, a racial reckoning and a rising generation which seeks a new accountability for business," Schultz wrote. "As Starbucks, we can either choose to rise to this moment — or stand idle."