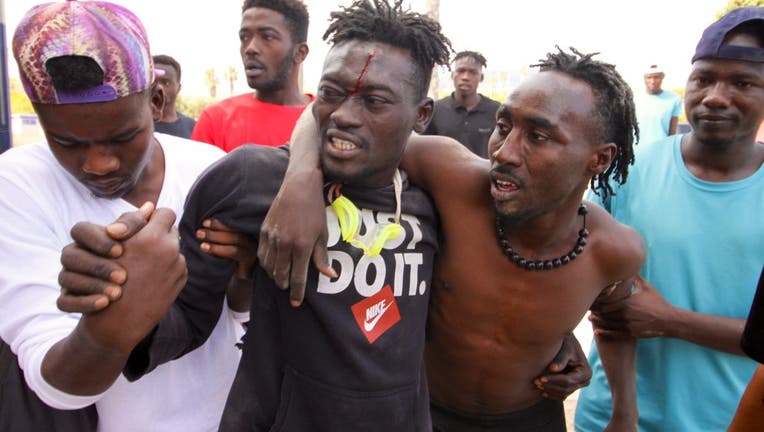 MELILLA, SPAIN - JUNE 24: Several migrants make their way to the Temporary Immigrant Center (CETI), after jumping the fence of Melilla, June 24, 2022, in Melilla, Spain. The group of migrants is made up of more than 400 sub-Saharans, who have accesse

MADRID (AP) - The number of people who were killed after they tried to scale a border fence between Morocco and a Spanish enclave in North Africa rose to 23 Saturday as human rights organizations in Spain and Morocco called on both countries to investigate the circumstances surrounding the deaths.

Moroccan authorities said the individuals died as a result of a "stampede" of people who attempted Friday to climb the iron fence that separates the city of Melilla and Morocco. In a statement, Morocco’s Interior Ministry said 76 civilians were injured along with 140 Moroccan security officers.

The ministry initially reported five deaths. Local authorities cited by Morocco’s official Television 2M updated the number to 18 on Saturday and then reported that the death toll had climbed to 23. The Moroccan Human Rights Association reported 27 dead, but the figure could not immediately be confirmed.

Two members of Morocco’s security forces and 33 migrants who were injured during the border breach were being treated at hospitals in the Moroccan cities of Nador and Oujda, MAP said.

Spanish Prime Minister Pedro Sánchez on Saturday condemned what he described as a "violent assault" and an "attack on the territorial integrity" of Spain. Spanish officials said 49 Civil Guards sustained minor injuries. 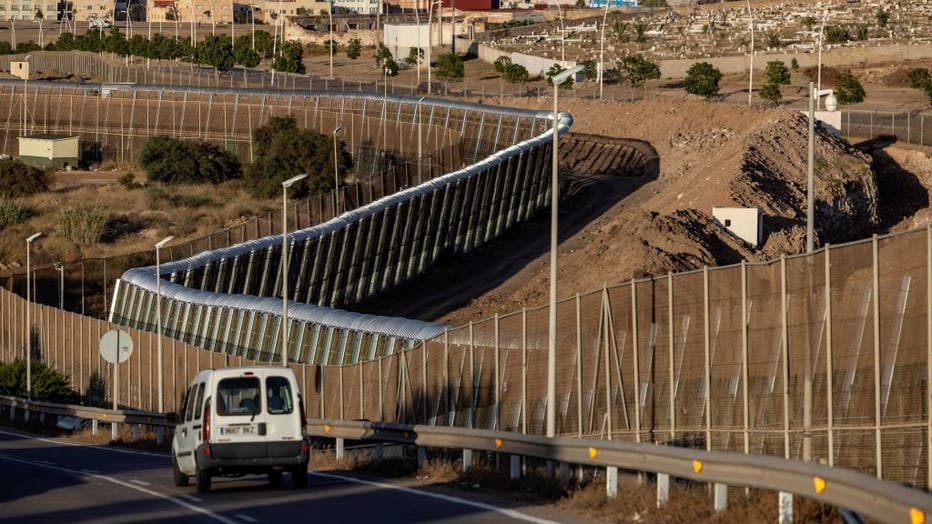 This picture taken on June 25, 2022 in Melilla shows the border between northern Morocco and the Spanish enclave, a day after at least 23 African migrants died in a bid by around 2000 people, mostly sub-Saharan African, to force their way into Europe

"If there is anyone responsible for everything that appears to have taken place at that border, it is the mafias that traffic in human beings," Sánchez said.

His remarks came as the Moroccan Human Rights Association shared videos on social media that appeared to show dozens of migrants lying on the ground, many of them motionless and a few bleeding, as Moroccan security forces stood over them.

"They were left there without help for hours, which increased the number of deaths," the human rights group said on Twitter. It called for a "comprehensive" investigation.

In another of the association’s videos, a Moroccan security officer appeared to use a baton to strike a person lying on the ground.

In a statement released late Friday, Amnesty International expressed its "deep concern" over the events at the border.

"Although the migrants may have acted violently in their attempt to enter Melilla, when it comes to border control, not everything goes," said Esteban Beltrán, the director of Amnesty International Spain. "The human rights of migrants and refugees must be respected and situations like that seen cannot happen again."

Five rights organizations in Morocco and APDHA, a human rights group based in the southern Spanish region of Andalusia, also called for inquiries.

The International Organization for Migration and U.N. refugee agency UNHCR also weighed in with a statement that expressed "profound sadness and concern" over what happened at the Morocco-Melilla border.

"IOM and UNHCR urge all authorities to prioritize the safety of migrants and refugees, refrain from the excessive use of force and uphold their human rights," the organizations said.

In a statement published Saturday, the Spanish Commission for Refugees, CEAR, decried what it described as "the indiscriminate use of violence to manage migration and control borders" and expressed concerns that the violence had prevented people who were eligible for international protection from reaching Spanish soil. 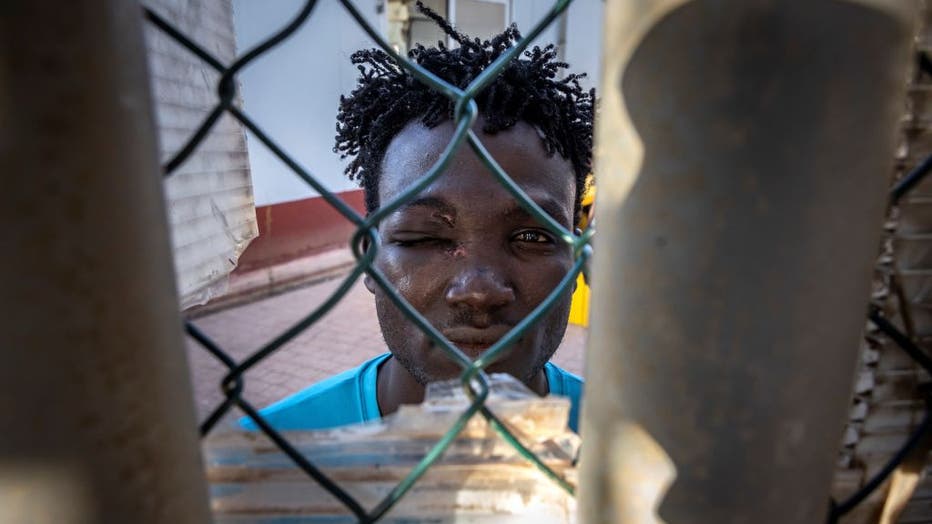 A Sudanese migrant looks through a fence in a temporary centre for migrants and asylum seekers on June 25, 2022 in Melilla, a day after at least 23 African migrants died in a bid by around 2000 people, mostly sub-Saharan African, to force their way i

The Catholic Church in the southern Spanish city of Malaga also expressed its dismay over the events. "Both Morocco and Spain have chosen to eliminate human dignity on our borders, maintaining that the arrival of migrants must be avoided at all costs and forgetting the lives that are torn apart along the way," it said in a statement penned by a delegation of the diocese that focuses on migration in Malaga and Melilla.

The mass crossing attempt was the first since Spain and Morocco mended relations after a year-long dispute related to Western Sahara, a former Spanish colony annexed by Morocco in 1976. The thaw in relations came after Spain backed Morocco’s plan to grant more autonomy to the territory, a reversal of its previous support for a U.N.-backed referendum on the status of Western Sahara.