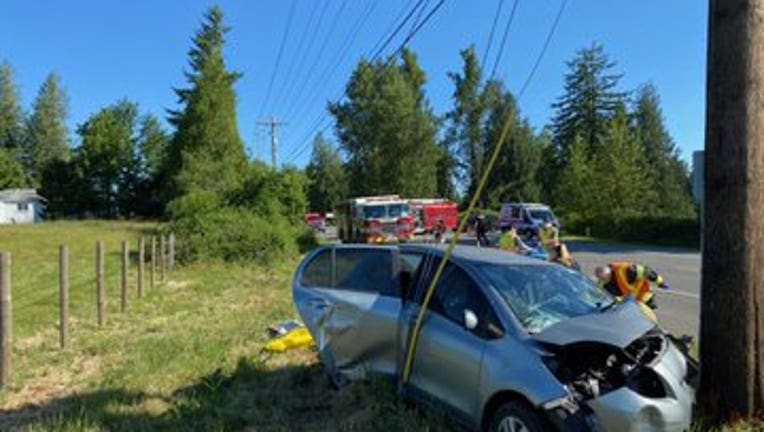 MAPLE VALLEY, Wash. - A serious crash sent three people to the hospital and forced the closure of State Route 169 Wednesday morning in the Maple Valley area.

According to Puget Sound Fire, the crash happened around 9:00 a.m. in the 31000 block of Maple Valley Black Diamond Road.

Three people were hurt. One of them had to be airlifted to the hospital.

SR 169 was closed due to a damaged utility pole. Puget Sound Energy was called to the scene for repairs.

The Washington State Patrol was assisting with the investigation.