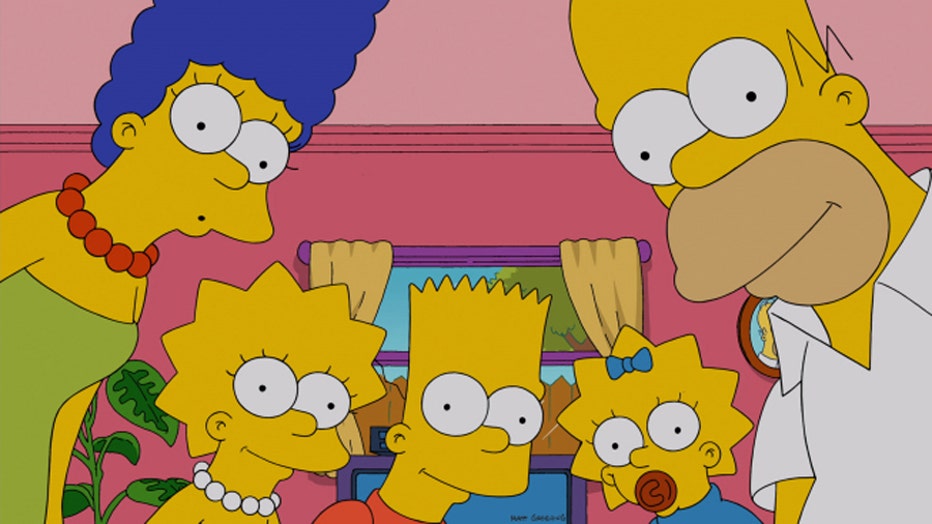 Editor's note: This story contains spoilers about Sunday's episode of "The Simpsons."

(CNN) -- How do you keep things fresh in your 26th season? If you're "The Simpsons," you roll out a jaw-dropping couch gag AND kill off a Springfield resident while you're at it.

Simpsons fans were warned of a character's impending demise and online speculation had focused on Krusty the Clown. That turned out to be a bit of misdirection, however, as the doomed Springfielder in question was none other than Rabbi Hyman Krustofsky, man of God, and father to Krusty, Bart's favorite entertainer. There is significant comedic upside to saying a sad shalom to Rabbi Krustofsky including a Jewish funeral, complete with a choral reinterpretation of the "Itchy & Scratchy" theme.

With a boatload of Emmys and a Peabody on their very large and very proverbial mantle -- "The Simpsons" is an institution with nothing left to prove. And for TV's longest-running animated sitcom, this summer has been a something of a victory lap complete with FXX's August "Every Simpsons Ever" marathon, a mural unveiled (also in August) in the namesake hometown of Springfield, Oregon, and September's star-studded celebration of "The Simpsons" at The Hollywood Bowl.

Instead of dropping the mic and resting on its collective laurels, they kicked off season 26 with a staggering, Don Hertzfeldt directed intro sequence and then went on to prove that, in a world where shows can flame out after just a few episodes, "The Simpsons," which premiered in 1989 still has plenty of jokes left in their comedic arsenal.

Back to Krusty -- the title of this episode is, after all, "Clown In The Dumps." Krusty takes umbrage after the insult humor in his "Comedy Cable Channel" Roast, featuring Jeff Ross and Sarah Silverman, cuts a little too close to the bone. Dispirited, our clown protagonist throws in the towel, apologizes to the comedic troupe in his trousers and abruptly retires.

Krusty, nee Herschel Shmoikel Pinchas Yerucham Krustofsky, does some soul searching and decides to seek solace at Temple Beth Springfield where his father presides as rabbi. However, before Krusty can get the fatherly advice he needs -- Rabbi K kicks the bucket.

With his attempt to reconcile with his perpetually disapproving father foiled in the here and now, Krusty has a near death experience (Krusty, much like Homer Simpson, has a history of cardiac events). This affords him and the audience a visit to "Jewish Heaven" ("where even Portnoy has no complaints"). His Father tells him to go back and help people. Back from the beyond, Krusty becomes an animal advocate, a nod to Simpsons co-creator and producer, Sam Simon.

In the episode's B storyline, a concerned Lisa futilely attempts to get Homer (he of the aforementioned cardiac problems) to live a healthier lifestyle. She even monitors his raging case of sleep apnea via a "Daddycam" and insulates him from danger by encasing him in bubble wrap. Many of our favorites make an appearance, Sideshow Mel and Sideshow Bob visit Krusty's to show their respects and maybe even sit shiva. Otto the bus driver, a perpetual menace to Springfield's roads, makes his cameo when his school bus hits bubble-wrapped Homer. 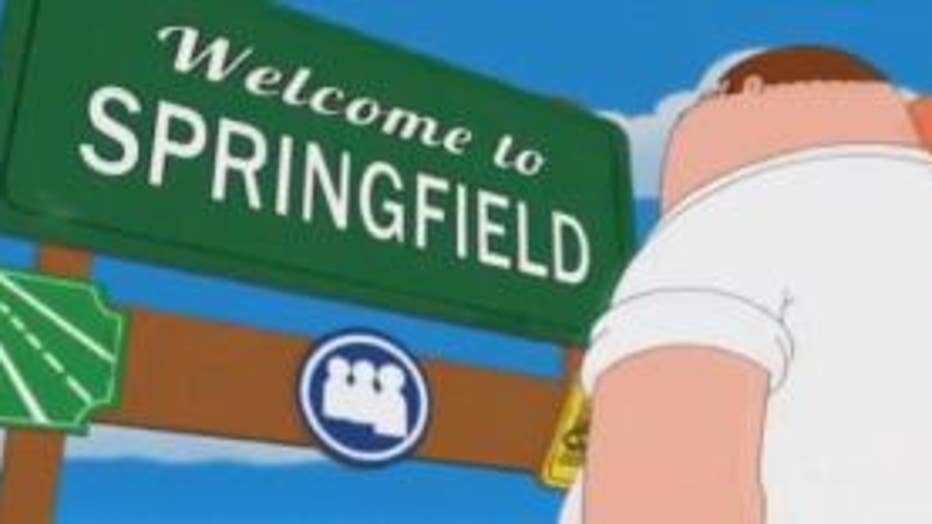 Speaking of Springfield, Fox's other animated stalwart family, The Griffins find themselves there in "Family Guy's" season 13 premiere. After a few jokes about the families respective cartoon hues, TV's densest Dads meet and begin an argument over the provenance of Duff and Pawtucket Patriot Ale.

What ensues is a mega-meta riff on rip-offs and inspiration (acknowledging "Family Guy's" debt to their cartoon forefathers) and culminating in an epic showdown at the Nuclear Plant. We also get a joke at the expense of their Fox animated brethren -- "Bob's Burgers." And Bart and Stewie collaborate on a prank call gone very wrong (thanks to Stewie) to Moe's Tavern.