The Cowlitz tribal member said it’s a common theme with his contemporaries in Native Hollywood – it’s a small group, but it’s growing by the day.

SEATTLE - Growing up on the Tulalip reservation, Joey Clift didn’t see anyone representing him on the TV screen.

The Cowlitz tribal member said it’s a common theme with his contemporaries in Native Hollywood – it’s a small group, but it’s growing by the day.

In recent years the success of shows like Reservation Dogs, and Rutheford Falls have grabbed rave reviews while being piloted by Native creatives. Now, Clift is part of the tradition – he’s a writer/consulting producer on the new animated kids show "Spirit Rangers" on Netflix. 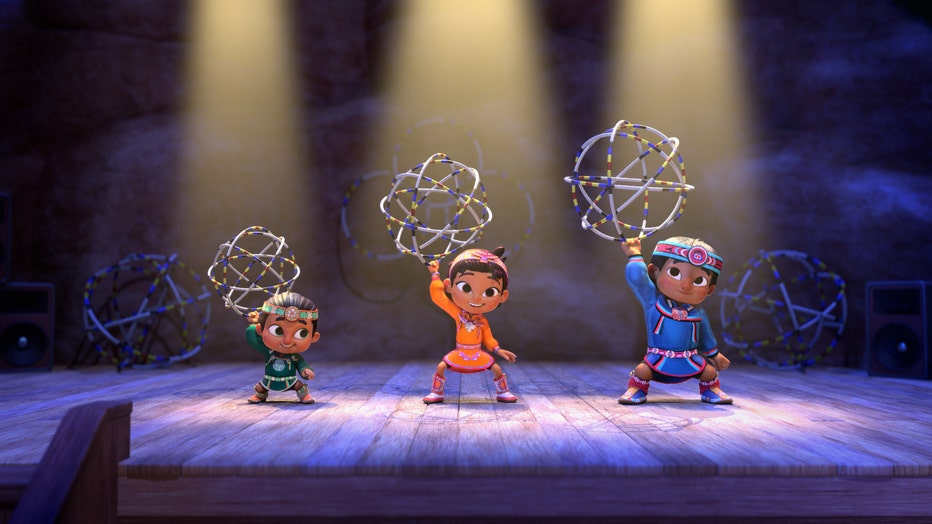 The show, set in a fictional national park, follows the Skycedar family. While the location is fictional, the stories themselves are inspired by real Native American tribes.

The Skycedar kids are half-Chumash, half-Cowlitz and they're the stars of the show. Kodi, Summer and Eddie's parents are unaware that their children are also spirit rangers, using their powers as a bear cub, hawk and turtle to protect the park.

"It’s so cool to see kids being able to experience this show that we wish we were seeing when we were their age," said Clift.

The show’s creator, Karissa Valencia, put together an all-Native writers’ room. That alone could bring authenticity to the show, but Clift explained that they wanted to be intentional about everything they did: Valencia and Clift approached their tribes to get permission to use Chumash and Cowlitz language, and stories.

Clift said it was extra special seeing Cowlitz in the credits the first time he watched a full-episode.

It also came with added pressure. Native representation wasn’t just lacking in Hollywood, the presentation has ranged from inaccurate to offensive. Clift said he wanted to make sure that the show landed. Not just so that people liked it, but so that other Native artists would get similar opportunities moving forward.

"There was a ton of pressure," said Clift. "But that was something that’s been so fulfilling to see – now that the show is out in the world and people can see it I’ve been feeling nothing but love from my tribe and Native people as a whole. That’s what this is all about. This is why we’ve worked so hard for the past 2 ½ years, or in my case the past 20 years of my career – to create this kind of thing that I never thought would exist on TV before. To be a part of that – it’s indescribable how much joy that fills me with."

Since then, Clift said he’s been blown away by the reaction. People from Washington are bound to recognize parts of the show too: from traditional Cedar hats, to hoop-dancing.

Clift also said it’s important because it’s a modern representation of a Native family. Too often, history lessons that center on tribes stop in the 1900s – as if Clift and the 100+ Natives involved in the show don’t still exist today.

The show is aimed at an age group between 4- and 7-years old, but finds simple ways to tackle real-world current events from treaty rights, to offensive sports mascots.

"It’s just so fulfilling, and it really felt like I was getting away with something tackling these complex Native issues for a kids show," said Clift.

"Spirit Rangers" is streaming now on Netflix. It currently has an 8.6/10 rating on IMDB.