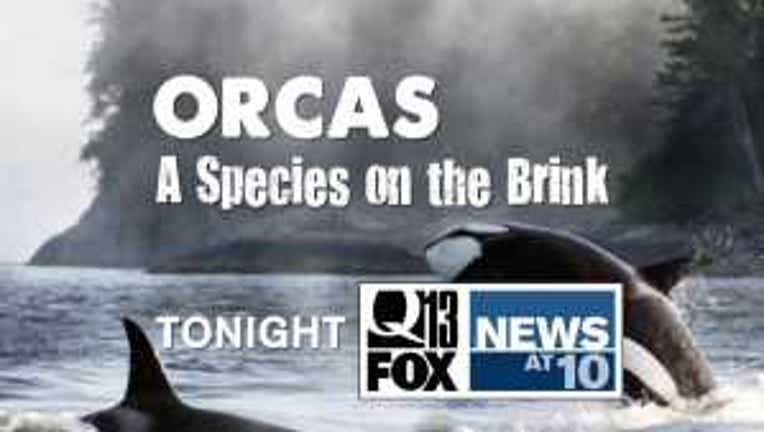 The federal government is being asked to review the Endangered Species status of killer whales in the Puget Sound.

But is enough being done to protect these icons of the Pacific Northwest?

Tonight at 10 p.m., Q13 FOX News Anchor Matt Lorch investigates the plight of Orcas in the Puget Sound. Lorch will discuss what laws are on the books to protect these great creatures, and why activists say the laws don't go far enough.  You'll hear from agents at the National Oceanic and Atmospheric Administration, the agency responsible for protecting the whales, as well as whale watchers and other enthusiasts around the Puget Sound.

You'll also here why the reality for Orcas, and those who appreciate them, might not be in the best shape.