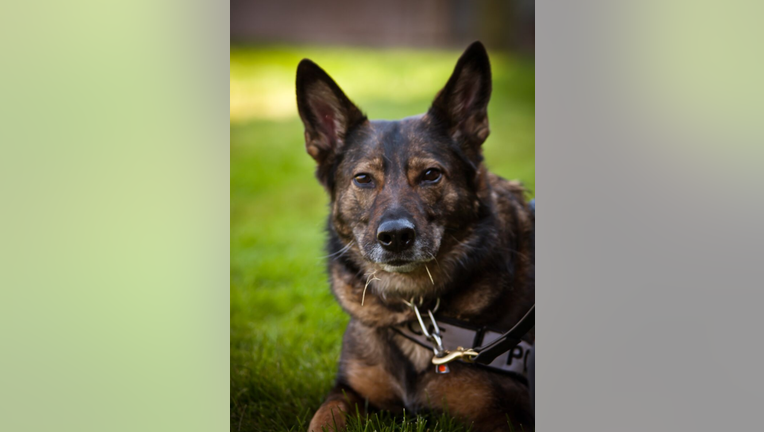 SEATTLE -- After more than 5,000 police calls, 81 felony arrests, and 23 misdemeanor arrests the first female police dog at the Seattle Police Department is retiring.

Ziva caught her first suspect on February 11, 2011, less than 24 hours after becoming certified by the state of Washington and Washington State Police Canine Association.

Since then, Ziva and her partner Sergeant Mark Wong built up a worthy track record, even earning SPD Canine Unit "Team of the Year" awards in 2013 and 2014.

Ziva is a notable K9 and community ambassador, demonstrating her tracking skills at more than 100 events and performing at the Seattle Kennel Club Dog Show. Ziva and Mark have also raised more than $40,000 over the years for Seattle Animal Shelter Foundations among other animal shelters.

“Ziva has had a remarkable career, and the Seattle Animal Shelter Foundation is thrilled for the opportunity to recognize her contributions to Seattle both on the job as a patrol dog and her off-duty ambassador work. Ziva and Mark’s dedication to the welfare of Seattle’s families, including our cats, dogs, and critters, is evident in everything they do, and makes our city a happier, healthier, and safer place for everyone," said Whitney Allen, president of the Seattle Animal Shelter Foundation.

Ziva was recognized and celebrated at the Seattle Animal Shelter Foundation's 7th Annual Raining Cats and Dogs auction on Saturday. At the event, an X-ray suite was dedicated to Ziva in honor of her retirement and tireless work to protect families, pets, and the Seattle community.